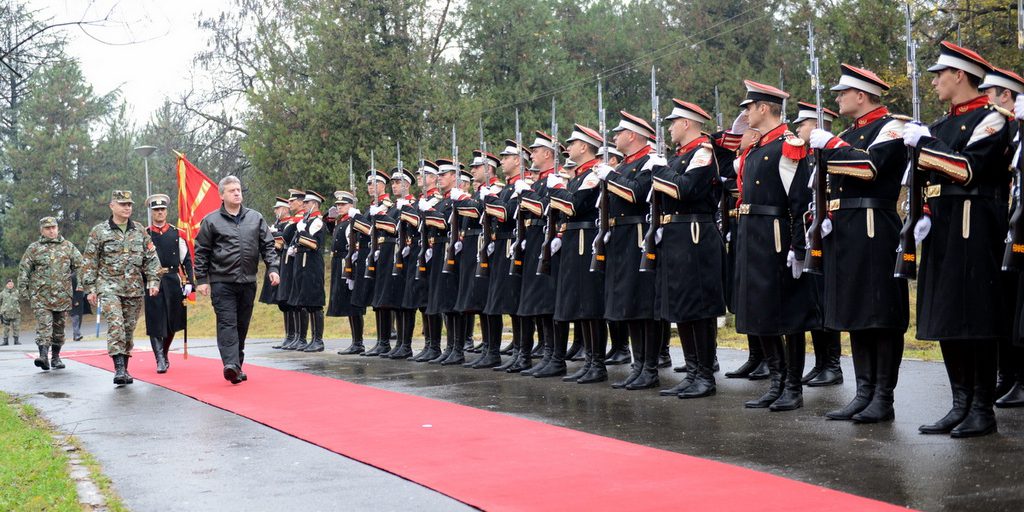 President Ivanov assessed that the Army of The Republic of Macedonia demonstrates a high level of training and dedication in spite of the difficulties it copes with in regard to finances. The Macedonian President emphasized that despite the intensive engagement at the south border in support to the Border Police, the servicemen of ARM successfully carry out their tasks.

„At the moment one of the priority tasks of ARM is the engagement at the south border in support of the Border Police, but today I assured myself that the rest of tasks are not neglected. Besides its basic task to protect the territorial integrity and sovereignty of Republic of Macedonia, three months ago in the flooded areas the Army demonstrated that it is an institution with the greatest capacity when reacting and helping people in natural disasters are in question“.

During the visit, President Ivanov had a meeting with the commanders of the battalions located in the barracks “Ilinden”, and he was introduced to the current conditions and challenges that the lower level of command is faced with, in order to improve the quality of the training and standard of the servicemen in ARM.

In the following period, President Ivanov will visit the rest of the garrisons of ARM to clearly gain insight into the conditions in the Army.