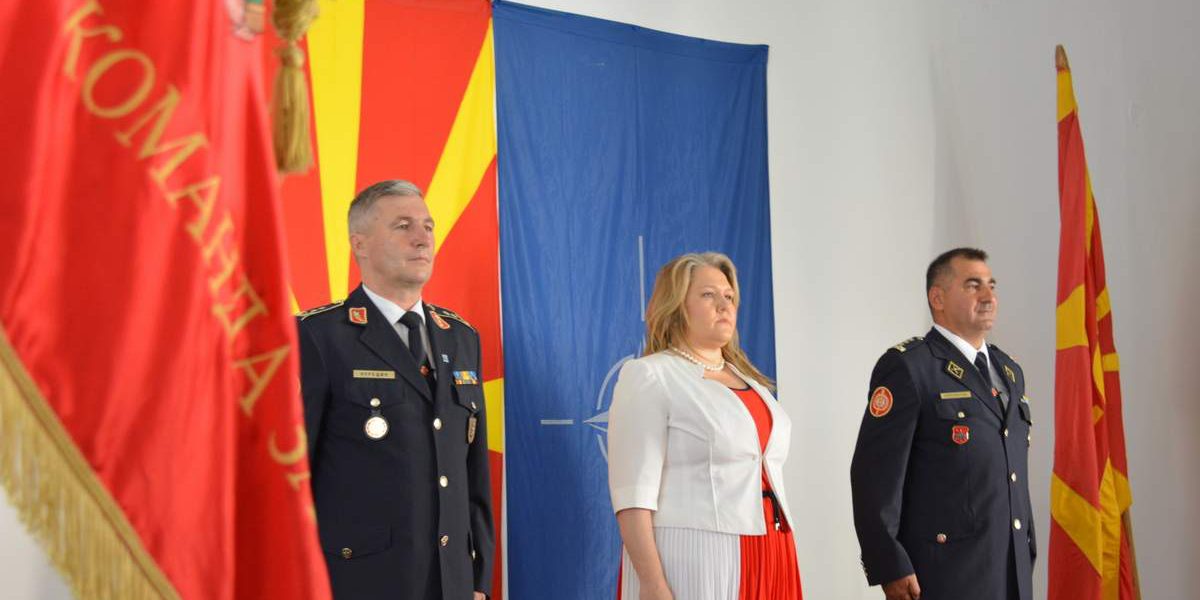 General Nuredin congratulated the incoming Commander expressing conviction that the Supreme Commander’s trust will be justified. In addition, he acknowledged the appreciation of the Deputy Commander of the Training Command and Doctrine, Colonel Stojanche Todorov, for his contribution, ultimate dedication and profound professionalism while fulfilling his duty.

The incoming Commander, Colonel Vasko Kokolanski, had been Deputy Commander of the 1st Infantry Brigade (1IBde). In his speech, he thanked the relevant authorities for having the confidence in him and appointing him as Commander of the Training and Doctrine Command.

Colonel Kokolanski said that by joining the steadfast team of professionals, he would dedicate all his energy, knowledge, skills and enthusiasm towards dealing with the challenges the Command is facing in order to accomplish its mission. He added that in order to meet the objectives of the Training and Doctrine Command’s mission, he would continue to intensively work on adjusting and enabling its full capacity when facing security challenges of the modern times.

At the military ceremony, when the flag changed hands between the Deputy Chief of General Staff of the Army, General Nuredin and the incoming Commander, Colonel Kokolanski, he officially took over the duty of TRADOC Commander.