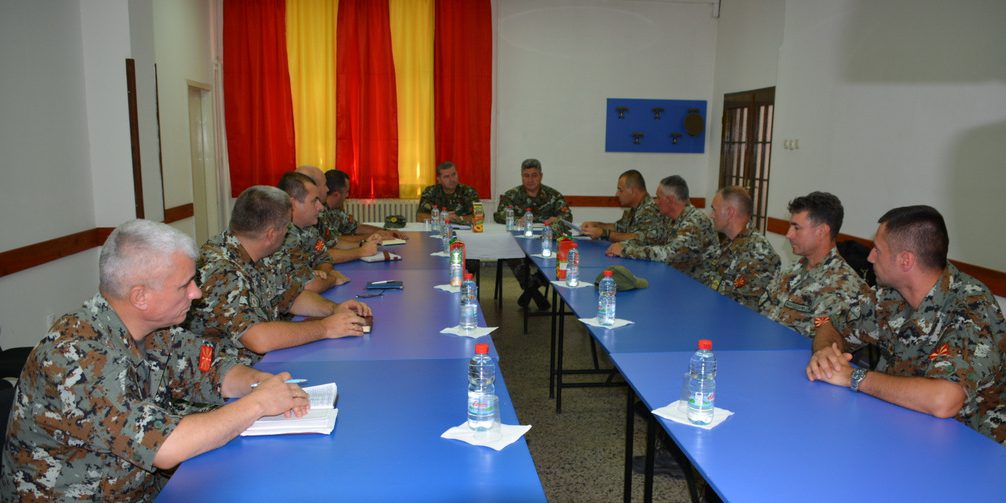 The ARM members from the team for destruction of unexploded ordnance “EOD” team who participated in yesterday’s action to destroy the air bomb in Shtip, today received recognition for the successfully performed planning process and safe execution of the task by the Joint Operations Command Commander Brigadier General Zoran Mileski.

‘To carry out such a precise and very dangerous operation of destroying an unexploded device with great destructive power, completely safe and without any consequences for the environment, is evidence of the high professional capability of the ARM members from the “EOD” teams who are always willing to take part in actions of general interest’, said General Mileski.

Yesterday’s operation was another proof that the “EOD” ARM teams are professionally capable not only of destroying unexploded mines and explosives during the ARM exercise activities that are within the competence of the ARM, but they perform such tasks always when the expertise of the members of this team is needed. The ARM team, led by Lieutenant Colonel Ljupcho Georgievski, in the period before the destruction of the air bomb, through a comprehensive process, elaborated all aspects of the safe conduct of the action; also, appropriate tests were conducted at the facility in Erebino for the delaboration of explosive devices.

Yesterday afternoon, using the most appropriate treatment and without any consequences for the environment, the destruction of the unexploded air bomb from the Second World War was conducted in the vicinity of Shtip: For a long period this bomb posed potential danger for the citizens of Shtip and the environment.

Yesterday’s destruction of 250 kilograms of air bomb by the EOD ARM team was carried out in accordance with the request from the Directorate for Protection and Rescue of the Republic of Macedonia; after the coordination meetings held by the ARM team, the solution was proposed and accepted, which in the end proved to be highly effective.