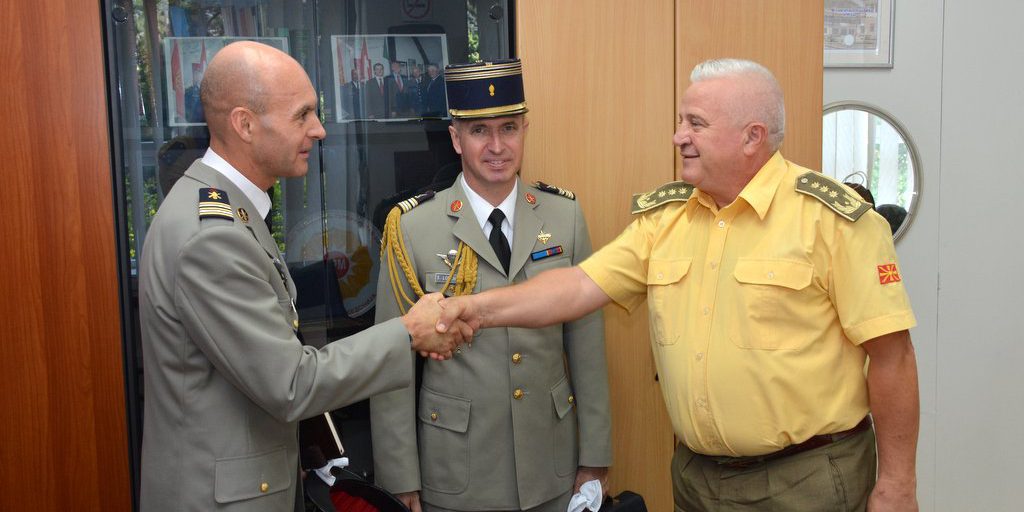 Today, 14th August 2015, Deputy Chief of Staff Lieutenant General Naser Sejdini had a farewell meeting with the Lieutenant Colonel Stephan Loechleiter, Defense Attaché of France in the Republic of Macedonia.

At the meeting General Sejdini thanked LtCol Loechleiter, emphasizing his contribution to the continuation of bilateral cooperation between ARM and the Armed Forces of France.

The meeting in the GS was used to introduce the Deputy Chief of General Staff with the new Defense Attaché of France in the Republic of Macedonia, Lieutenant Colonel Alexander Noel who in the future will carry out this duty.