The Special Operations Regiment (SOR) celebrated the Day of their Unit 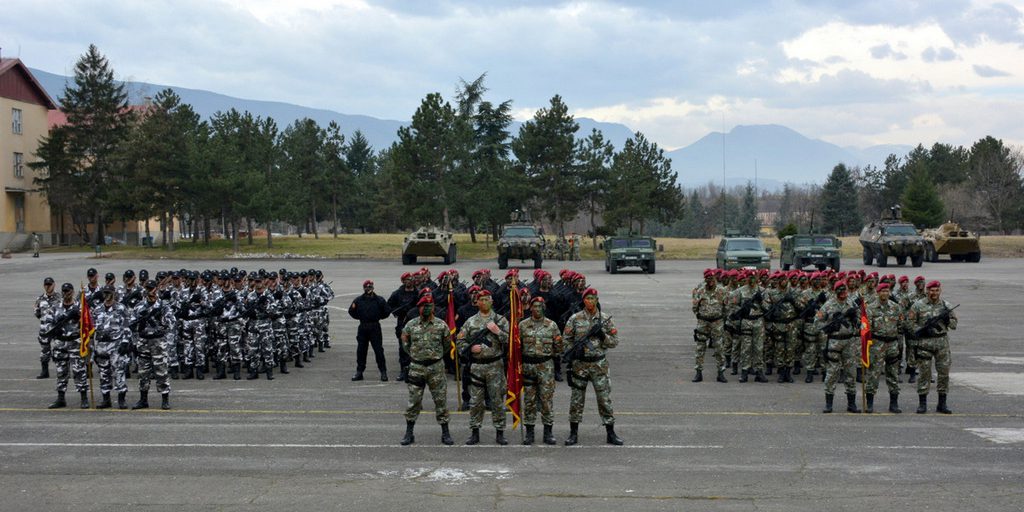 The Special Operations Regiment (SOR) celebrated the Day of their Unit at barracks Iliniden with a military ceremony. The SOR Commander, Brigadier General Orce Jordev gave a speech in which he talked about the history of the unit, which has been working for 23 years, and it has achieved remarkable results since its beginnings, therefore, the SOR servicemen have received the highest commendations by the NATO, the USA Army and the citizens of the republic of Macedonia. He also said that despite facing difficult challenges they would continue doing their job with the same professionalism dedication, and enthusiasm.

The Deputy Chief of general Staff of ARM Major General Muhamed Racaj congratulated the SOR servicemen on their Day of the Unit and emphasized their great contribution to building a modern system of training in the ARM as well as to their exceptional readiness to fight against terrorism, therefore, their motto “Semper Etiam Ubique Superiores” (We are always and everywhere first) will be always recognized in the history of ARM.

The Minister of Defense, Zoran Jolevski stressed that SOR has a significant place in the ARM and RM, and that it has been an essential element in the modern defense system due to their quick and efficient ways of elimination of unconventional threats.

There were a lot of guests at the ceremony, including the Minister of Defense Zoran Jolevski, Deputy Chief of GS of ARM Major General Muhamed Racaj, ARM Generals, former Chiefs of GS of ARM and retired Generals of ARM, high representatives of MoD and GS of ARM, Commanders of the subordinate units, former SOR Commanders and servicemen, and other distinguished guests.

At the ceremony, promotions of officers and NCOs were announced as well as other incentive measures for achievements of the servicemen of the SOR.

Fresh flowers were laid at the monument which was built in memory of SOR servicemen who died in the line of duty.

This year, ARM celebrates the 25th anniversary of its foundation, therefore, the Day of SOR was celebrated with a ceremonial military parade demonstrated by the SOR servicemen.

By the decree of the President of the Republic of Macedonia and the Supreme Commander of the Armed Forces Dr. Gjorgje Ivanov, the 1st of March was determined as the Day of SOR, because the first Special Operations Unit of ARM was established on the 1st of March, 1994.