A Meeting between the Minister of Defense, the Chief of the GS and the Staff Officers in the Mission ‘Resolute Support’ Command-North 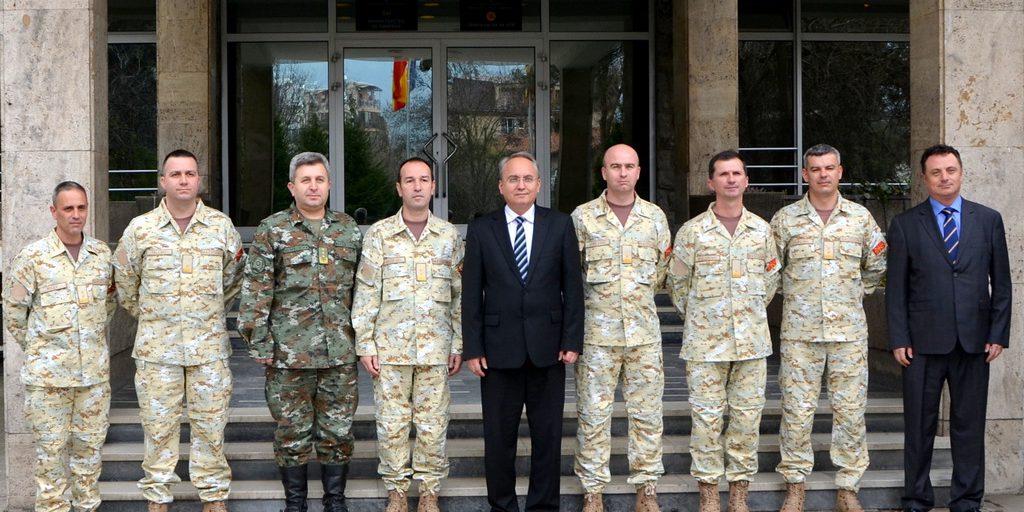 The Minister of Defense, Zoran Jolevski and the Chief of the GS of the ARM, Lieutenant General Metodija Velichkovski had a meeting with the six staff officers of the ARM who are to be deployed in the mission ‘Resolute support’ in Afghanistan, and are to be posted in Mazar-e Sharif, at the Train Advise Assist Command- North (TAAC-North).

Minister Jolevski, wishing the staff officers success and safety, pointed out that by participating in the NATO mission in Afghanistan, Republic of Macedonia expresses its considerable effort for full membership in the alliance. Stating his strong belief that the ARM Staff officers will honorably represent Republic of Macedonia, the Minister of Defense showed readiness for complete support of the officers by the Ministry and the General Staff of the ARM.

During the meeting, General Velichkovski told the men they are expected to perform their duties in a respectable and professional manner and that, by doing so, they would sustain and promote the professional level set by their predecessors, which has been recognized by the authorities.

The staff officers previously underwent adequate professional training, which confirms the successful conduct of the mission and the ability to meet the challenges they are going to face in the following six months, in their duties at command-North, Mazar-e Sharif, Afghanistan.

Republic of Macedonia, at the end of December 2014, started participating in the mission ‘Resolute support’, which focuses on training, advising and assisting the Afghan defense forces.