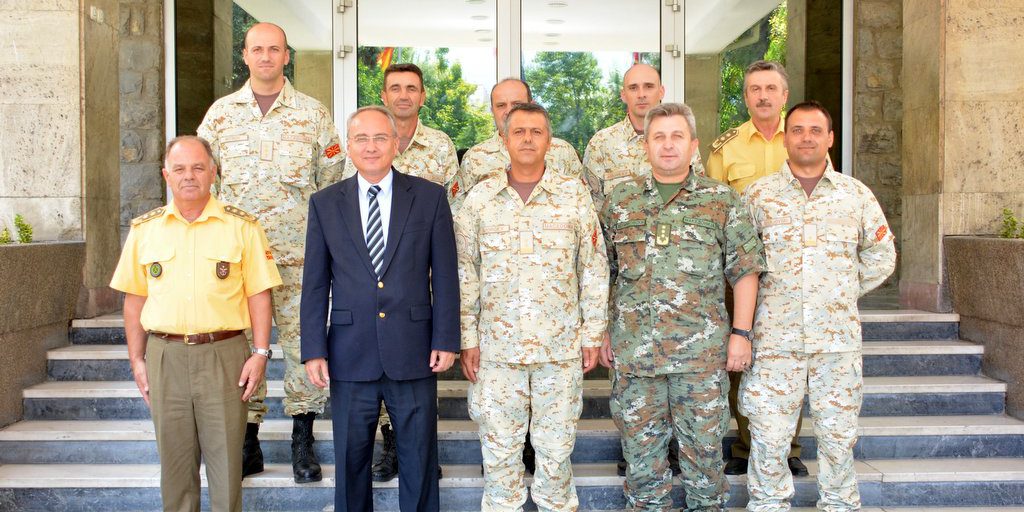 Today, 27th August 2015 the Minister of Defence Zoran Jolevski and the Chief of General Staff of ARM Lieutenant General Metodija Velichkovski had a meeting with the six staff officers of ARM who will be deployed to the mission “Resolute Support” in Afghanistan, and will be stationed in Mazar-e-Sharif at Command North.

Minister Jolevski wished the staff officers success and safety during their deployment and noted that with the participation in the new NATO mission in Afghanistan, the Republic of Macedonia demonstrates its strong dedication for full-fledged membership in the Alliance.

Expressing his strong conviction that the staff officers will represent the Republic of Macedonia with dignity, the minister of defence said that they will have the full support from the ministry and the general staff of ARM.

During the meeting minister Jolevski was familiarized with the tasks and activities the staff officers will have in the mission “Resolute Support” at Command North.

General Velichkovski also wished the staff officers successful work, and highlighted the importance of professional conduct and performance of the tasks, emphasising the fact that the high results and excellent training of ARM service personnel were the best affirmation of the Republic of Macedonia and ARM.

ARM staff officers in the period of the following six months will perform duties on high level posts within Command North in Mazar-e- Sharif, Afghanistan, which is under the command of the German Bundeswehr.