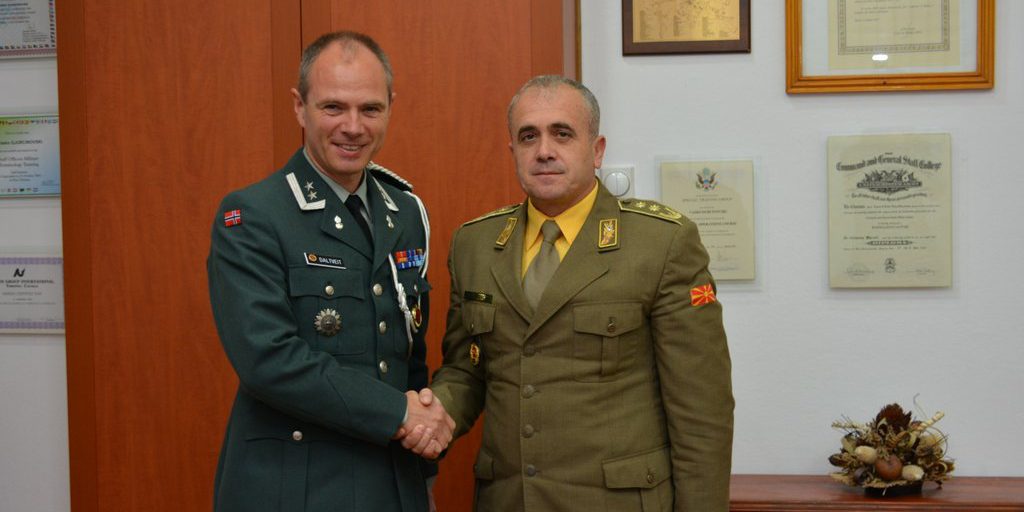 General Gjurchinovski congratulated Lieutenant Colonel Daltveit on his new appointment. He has his work base in Belgrade, the Republic of Serbia.

At the meeting, they talked about current military cooperation between the Republic of Macedonia and the Kingdom of Norway. CGS of ARM thanked him for their long-standing support, especially their support for our strategic course towards full NATO integration as well as, their support in the regional projects, such as Balkans Medical Task Force (BMTF) and ground-based maneuver hospital, Role 2.

They also talked about the possibilities of expending the bilateral cooperation by offering available ARM assets.