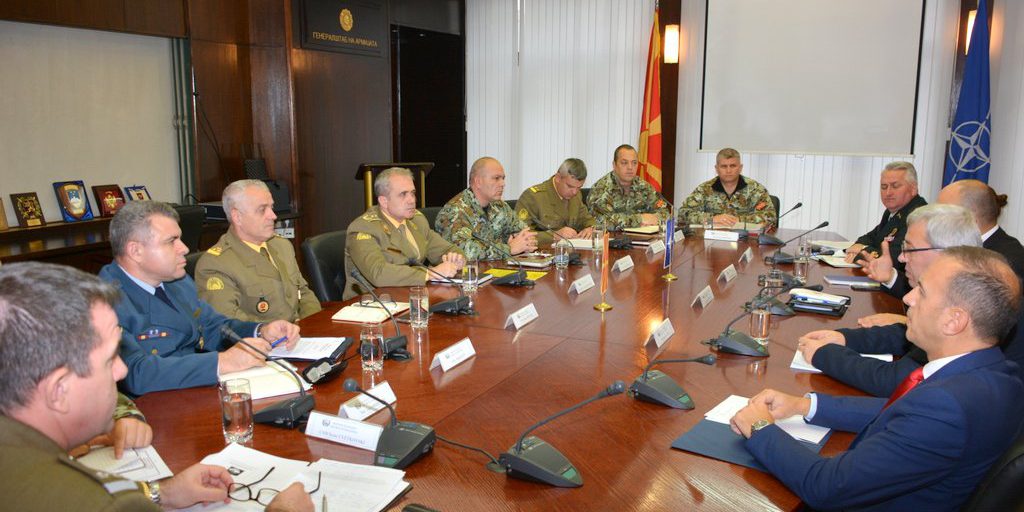 The ARM Chief of General Staff, Major General Vasko Gjurchinovski, held a meeting today in the ARM General Staff with representatives of the team from the Defence Education Enhancement Program (DEEP).

The meeting was attended by representatives of the inter-army cooperation, training sections and personnel in the GS of the ARM, the Chief NCO of the ARM and the Training and Doctrines Command in the ARM. The NATO team presented the goals, program, tools and possibilities of this Program, while expressing readiness for support and improvement of the process of education and training of the NCO corps of the ARM.

General Gjurchinovski stressed that cooperation in the field of military education is very important for the interoperability of the training that is conducted in the ARM in accordance with NATO standards, and that the effect of it on the ARM members who have participated in training and education in the NATO member-countries is more than obvious, especially among the NCO Corps in the ARM which, as a bearing part of the training and combat readiness in the ARM, has an important role in the accession negotiations process, and is in the focus of the military leadership.

At the meeting, among other things, readiness to intensify the cooperation and maximize the use of the tools of this program was expressed, in order to improve the quality of the education of the ARM NCOs and raise the level of interoperability with NATO member-countries.

The cooperation of the Ministry of Defence and the Army of the Republic of Macedonia with NATO regarding the Defence Education Enhancement Program started in September 2017, and focuses on the priorities in the development of military education.