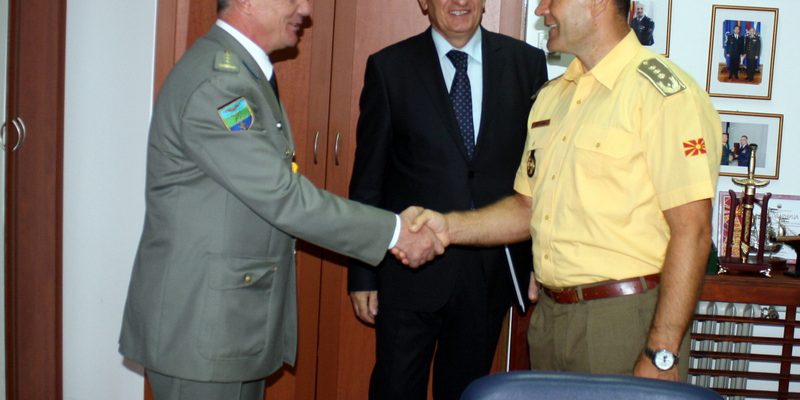 Today, 23 September 2014, the ARM Chief of General Staff, Lieutenant General Goranco Koteski met with Colonel Fikjiri Hoxha, defence attaché of the Republic of Albania to the Republic of Macedonia.

Albania appoints nonresident defence attaché to the Republic of Macedonia for the first time, and Colonel Hoxha will perform his duty to from Tirana, Republic of Albania.