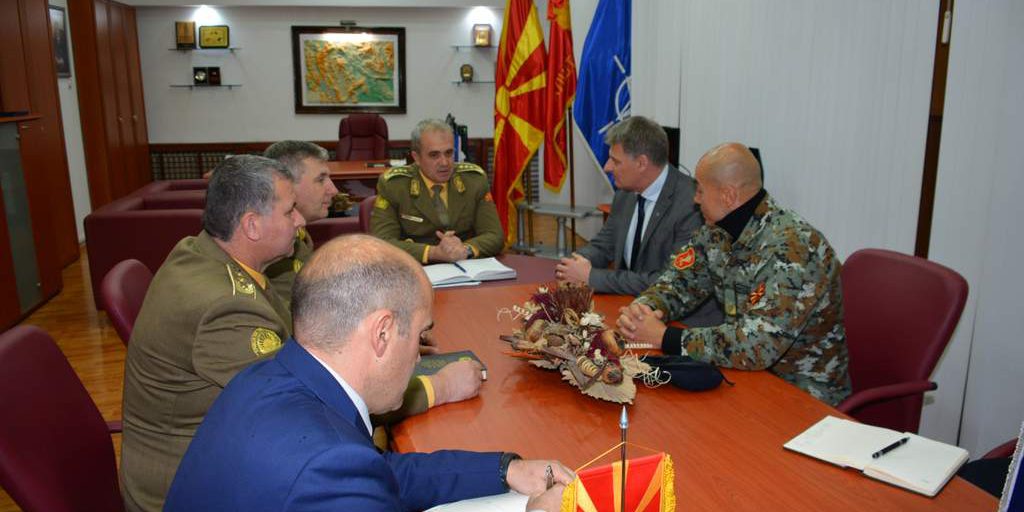 Today at the cabinet of the Chief of the General Staff, Lieutenant General Vasko Gjurchinovski, a meeting was held with the delegation of the Special Operations Headquarters led by the Deputy Commander, Brigadier General Robin Stevenson, as part of their working visit to the Army.

During the meeting which was also attended by the Deputy Chief of the General Staff, Major General Azim Nuredin, the Director of the General Staff, Major General Zoran Milevski and the Special Operations Regiment Commander, Brigadier General Metodi Hadji Janev, they discussed the further development and the opportunities for cooperation in the area of NATO special operations, as one important part of the interoperability after our NATO membership.

For the Special Operations Headquarters delegation this is the first visit to the Army and in these two days they had meetings with chiefs of sections in the General Staff and the Special Operations Regiment. Besides the introduction to the situation and status of our special forces, during the meetings they also discussed the future model of support by the allied special operations commands and the necessary mutual activities in this area.