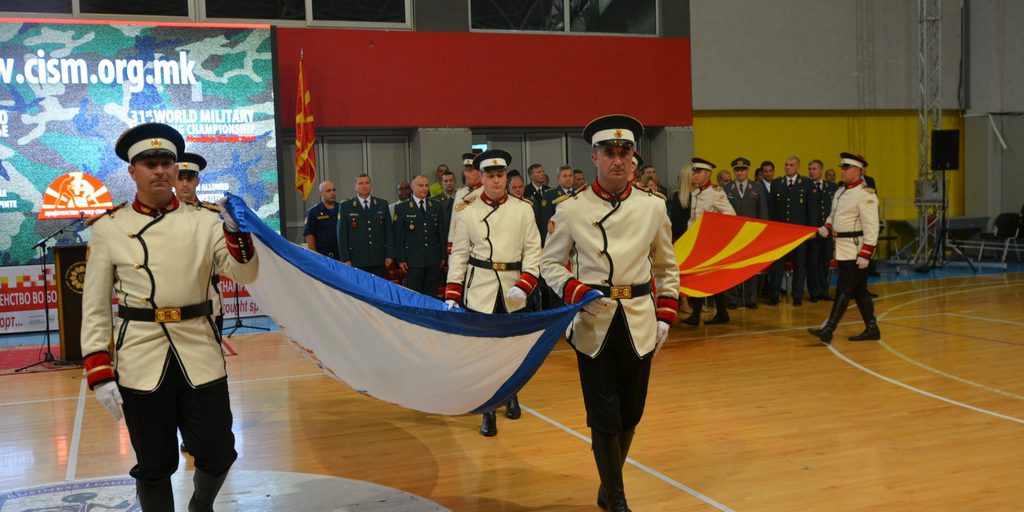 On the occasion of the 31st World Military Wrestling Championship closure, which was held from 19th to 25th September in the VIP arena “Boris Trajkovski” a ceremony was held with all participants and representatives of the nations participating in this championship.

The closing ceremony was attended by the Defence Minister Zoran Jolevski, the ARM Chief of Staff Lieutenant General Metodija Velichkovski, diplomatic and military participants and other guests from the General Staff and the Ministry of Defence.

Within the championship closing ceremony held in the Army Home, representatives of the International Council of Military Sports (CISM) awarded 6 medals and 1 plaque for the organization to high military authorities in the MoD and the ARM General Staff. In addition, representatives from the International Committee of Military Sports were awarded a gold badge for partnership, coordination and cooperation by the ARM General Staff. Plaques of the 31st World Military Wrestling Championship were also awarded to the helpers, commands and units of the Army that gave significant support to the successful implementation of the championship.

In this championship the Macedonian wrestling team won 3 bronze medals in the discipline freestyle.

Republic of Macedonia, which has been a member of the world family of military sports since 2005, by organizing such grand military sporting event once again reaffirms its commitment to military sports as well as its contribution to the promotion of sport, friendship and world peace.