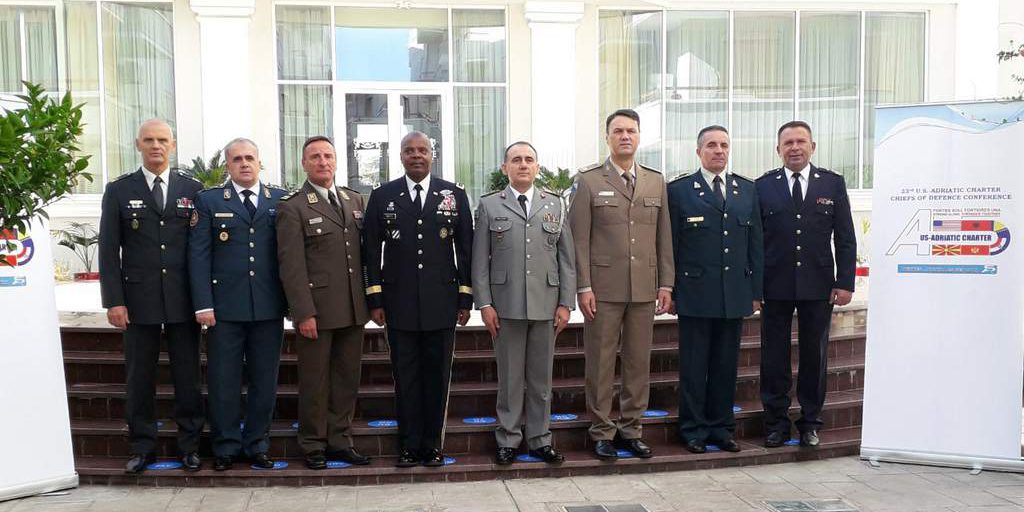 Today, the Chief of the General Staff of the Army, Lieutenant General Vasko Gjurchinovski, attended the 23rd conference of chiefs of staff of the countries-members of the US–Adriatic Charter (A-5) held in Durrёs, Albania.

Addressing the attendees, General Gjurchinovski emphasized the interoperability and capabilities the Army of Republic of North Macedonia has achieved in performing joint military activities and also the importance of cooperation in the frames of the initiative, which contributed to our progress in the reform process and the expected full-fledged NATO membership, which is one of the mutual goals of this initiative.

Chiefs of General Staff of the countries-members of the US–Adriatic Charter (Macedonia, Croatia, Albania, Bosnia and Herzegovina and Monte Negro), Deputy Commander of the United States European Command, Commanders of US National Guards partners to A5 countries attended the conference, as well as Deputy CGS of the Slovenian Armed Forces and the Commander of the Kosovo Security Forces as monitoring staff.

The Army of Republic of North Macedonia with its active participation in NATO-led missions and international exercises has confirmed its dedication to the founding principles of the US–Adriatic Charter signed in Tirana, in May 2003, and they are stabilization, prosperity and Euro-Atlantic integration of the countries in the region.

The US–Adriatic Charter Chiefs of Staff Conferences are held on principle of rotation, and Republic of North Macedonia hosted the 21st Conference.