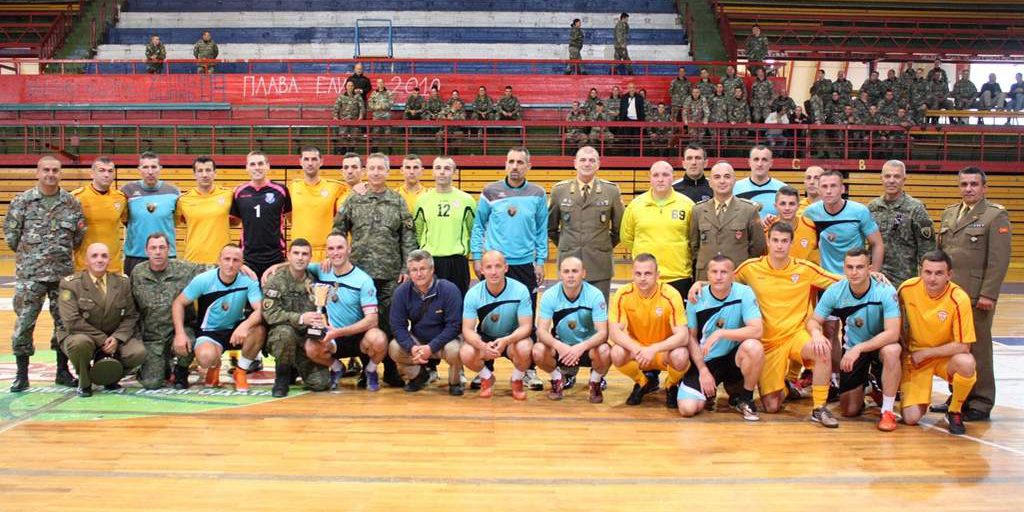 At the sports hall in Kumanovo there was a friendly football match between the members of the Army and the Kosovo Security Forces (KSF).

The match was opened by the Commander of the Joint Operations Command (JOC) Major General Pavle Arsoski, who in his welcome speech said that the aim of this match was to bring closer the members of our Army and the KSF and thus enhance our cooperation. The match was actually a return visit to our Army.

The match ended in a draw, 4-4. During the friendly match, the players performed nice football skills and gestures demonstrating mutual respect and friendship. The Army team was led by the civilian Goran Astargjiev.

JOC Commander presented the cup to the KSF team as a gesture of hospitality and thanked everyone for the match.