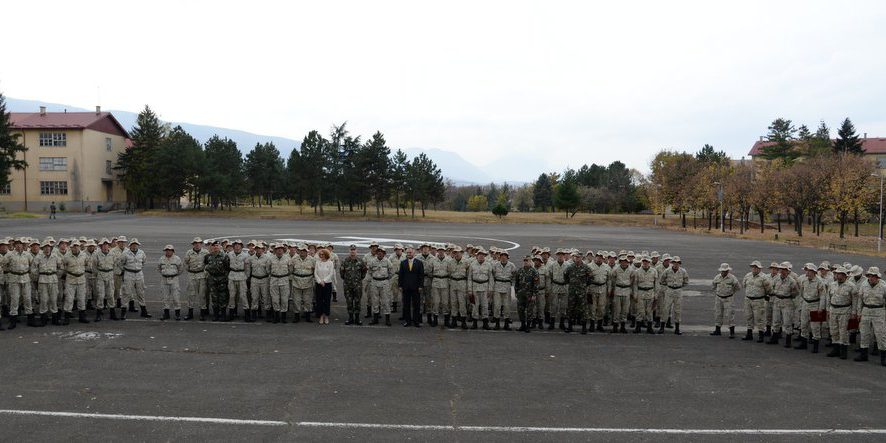 In an official ceremony held in the “Ilinden” barracks in Skopje work contracts were handed over to 125 new professional soldiers admitted in the Army of the Republic of Macedonia.

The Defence Minister Radmila Shekerinska welcomed the lined up soldiers to the army, and stated that together with their more experienced colleagues they will be the backbone of the statehood and the sovereignty of the homeland.

This is the second group of 125 professional soldiers admitted to the ARM this year, and after being trained in the Training and Doctrine Command they will be posted in the ARM units.