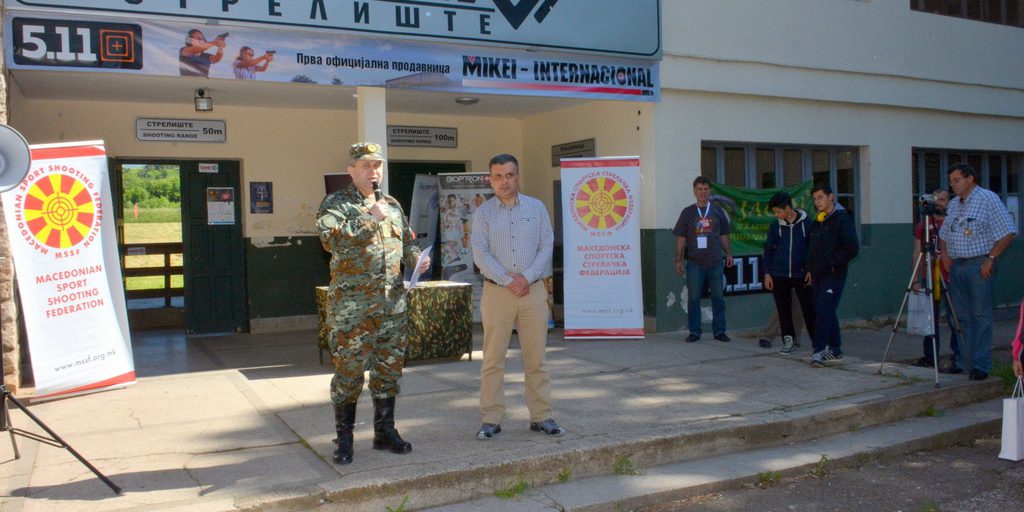 Achieving remarkable results, the service personnel of the Army of the Republic of Macedonia traditionally have taken part at this years` 10th International Shooting Tournament “Grand Prix Skopje – 2016”, which was held today at the shooting range “Kamnik” in Skopje.

The tournament which is one of the largest and the most attractive shooting annual competitions in Europe was organized by the Macedonian International Shooting Federation (MISF), and ARM beside the participation contributes with landscaping and securing the shooting ranges where the competitions were held.

The Chief of ARM General Staff Lieutenant General Metodija Velichkovski, who officially opened the tournament, in his address emphasized the importance of this kind of sport especially for the military and at the same time wished the participants high results.

The tournament was attended by hundred participants from R. Macedonia and few participants from other countries who took part in the following disciplines: 25 meters pistol, 100 meters rifle, sniper/ tactical semi automatic rifle and hunting sniper rifle at 100 meters.

At the tournament the members from ARM commands and units, in notably larger number than the other participants, achieved overall high results. The women won the 2nd and 3rd place in the 25 meters pistol in individual and team discipline respectively, while the men won the 1st and 3rd at 100 meters rifle discipline for individuals, and the GS of ARM team won the 3rd place in 100 meters sniper/tactical semi-automatic rifle.