Enhancing cooperation between the ARM and the Italian Armed Forces 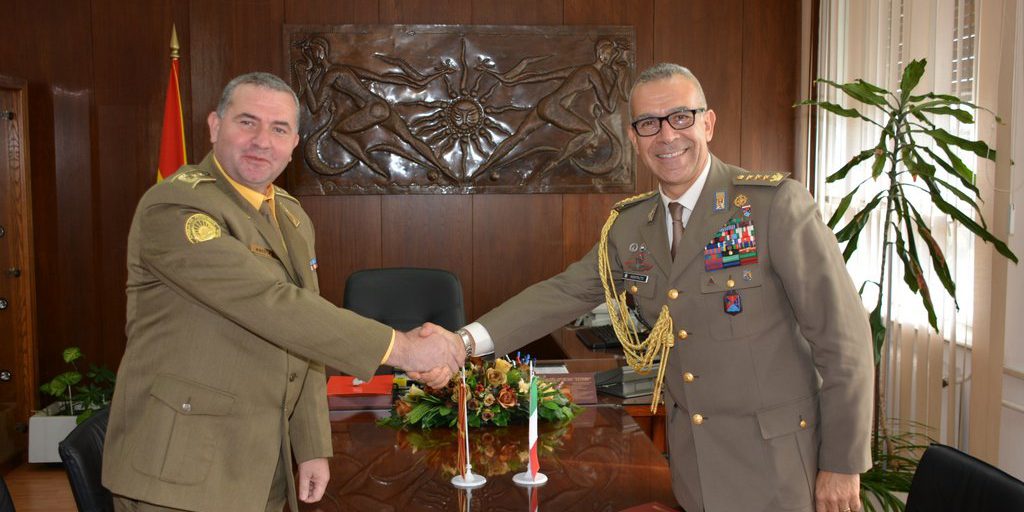 The Technical Arrangement was signed on the behalf of the respective Ministries, by the Director of the General Staff of the Army of the Republic of Macedonia, Major General Zoran Mileski and the representative of the Italian Armed Forces, the resident Italian Defence Attaché in Macedonia, Colonel Giuseppe Montalto.

The aim of this Technical Arrangement is to have joint participation in the United Nations peace keeping mission UNIFIL in Lebanon where the Army of the Republic of Macedonia will contribute with two servicemen in the Italian contingent, which will enhance Macedonian participation into this mission.