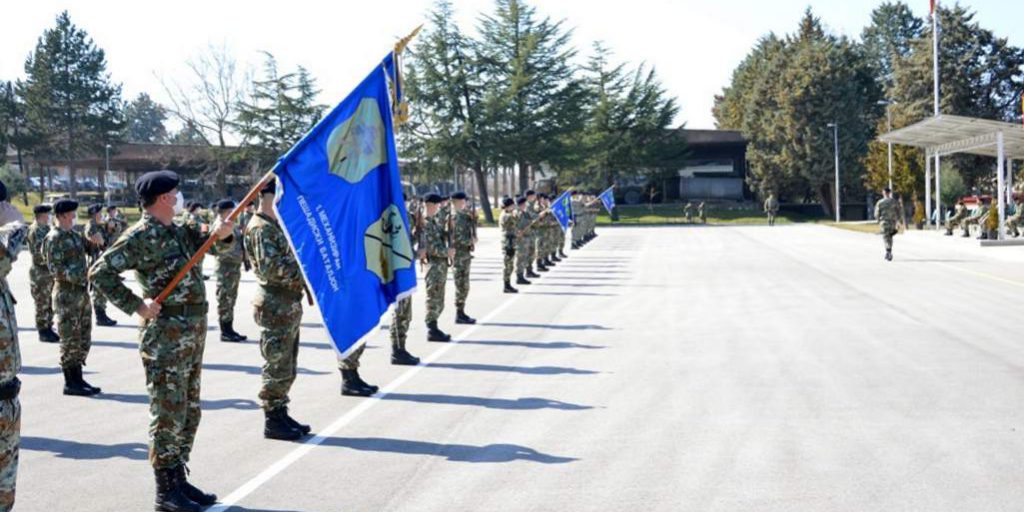 With a military ceremony in the barracks “Boro Menkov” in Kumanovo, fully respecting the recommendations and measures for protection against the spread of the virus “COVID-19”, the members of the 1st Infantry Battalion (1st IBn)) from the 1st Infantry Brigade (1.IBr) celebrated the day of the unit on February 26, the day when in 1944 in the village of Zegljane, Kumanovo region, the 3rd Macedonian People’s Liberation Brigade was formed.

A number of officers, non-commissioned officers and professional soldiers were awarded and praised, and as part of the celebration of the Day of the unit a delegation from the battalion laid fresh flowers in front of the memorial plaque in the village Zegljane. A blood donation campaign was also organized.