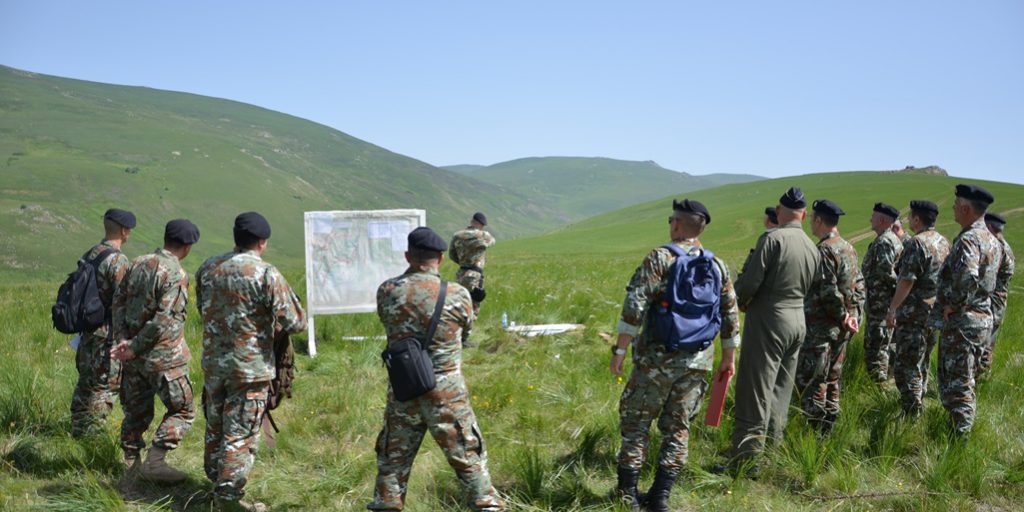 The aim of this activity was to do reconnaissance of the western part of the country in the region of Radika, village Vishni and St. Naum, and to identify its military-geographical features, tactical conditions and terrain limitations which influence evaluation and organization of combat actions.

During the practical work, accordant with their tasks, OC Chiefs of Sections briefed the participants on the intelligence preparation, geographical and tactical orientation of the terrain, opportunities for tactical engagement of units in carrying out combat actions, organization of logistic security, realization of civil-military cooperation and signals organization.

This type of practical training is regularly conducted by the Operations Command and its subordinate units, in order to familiarize with the terrain and strategic-tactical directions on the territory of the Republic of N. Macedonia, as well as training and development of the key personnel.