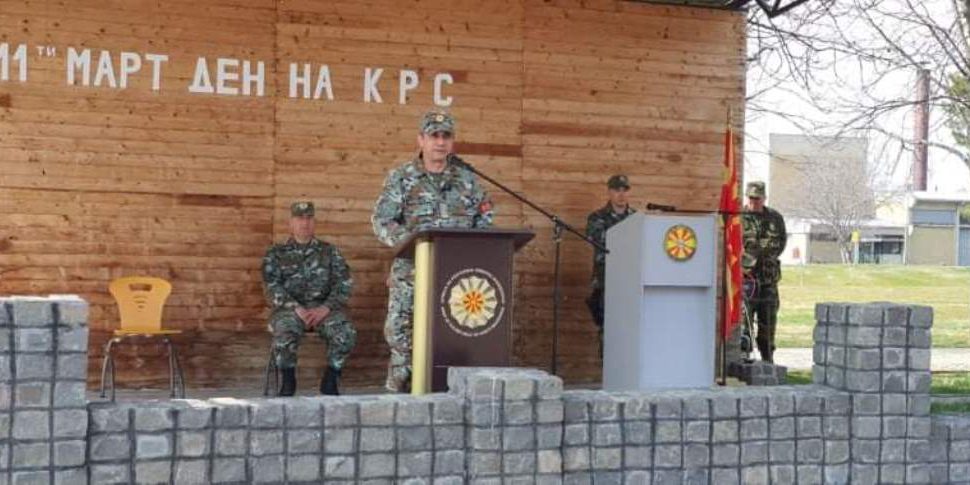 In barracks “Straso Pindzur” in garrison Petrovec “11th of March, The Day of Reserve Forces Command” was marked.

The ceremony was attended by the deputy commander of the Operations Command (OC) Brigadier General Orce Jordev and commanders of units in the Army.

In his address, Commander of the Reserve Forces Command, Colonel Kjiro Kalkov, stated that he was proud to carry the traditions of this event from the recent history of the Macedonian people, when at the Watchtower “Ramna Niva” in Kriva Palanka on March 11, 1992 for the first time on the state border the national flag was raised, thus completing the territorial integrity of our state and marking the creation of the Army.

The deputy commander of the OC, Brigadier General Orce Jordev, noted that in the development and formation of the Army’s commands and units, in the area of active and general reserve, the Command of the Reserve Forces is of particular importance.

On the occasion of the Day of the Unit, incentives were given to members of the unit for the results of their work and congratulations notes were read.