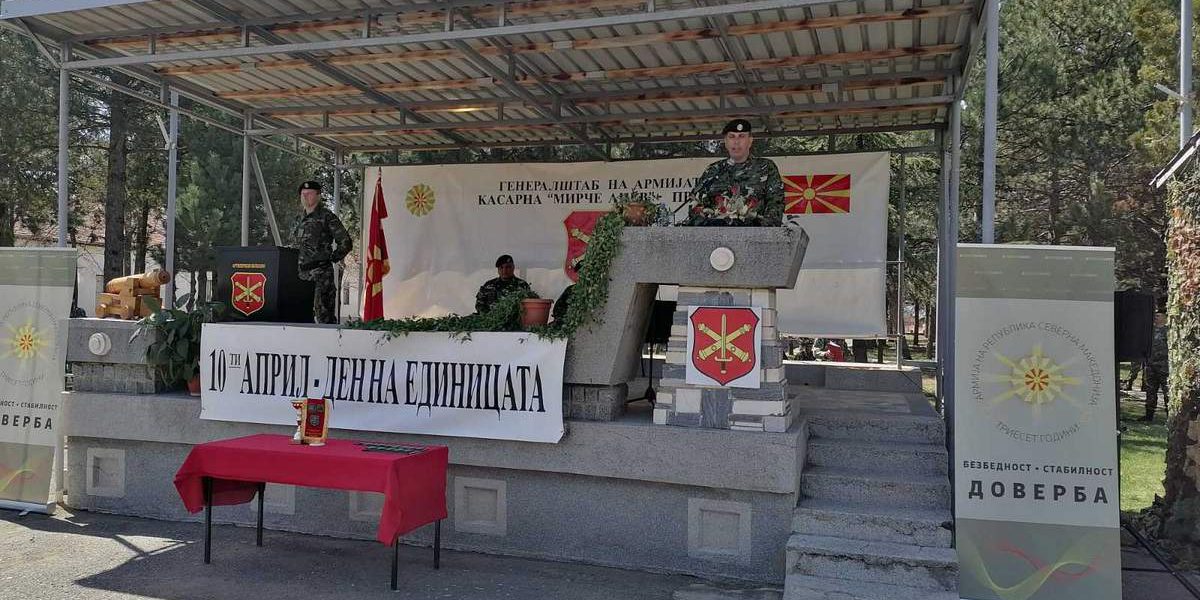 At the military barracks ‘NH Mirche Acev’ in Prilep, members of the Artillery Battalion (ABn) of the 1st Infantry Brigade (1st IBd) marked the Day of the Unit with a military celebration.

The Operations Command (OC) Chief of Staff, Brigadier General Mirche Gjorgoski, Commander of the 1st IBd, Colonel Sashko Lafchiski, Commanders of Army units, former ABn Commanders and representatives of the public and the business sector in the ABn area of responsibility, all attended the ceremony.

In his speech, the ABn Commander Slavcho Kuzmanoski focused on the history of the unit, on the formerly realized activities, as well as on the forthcoming tasks and obligations.

The 1stIBd Commander, Colonel Lafchiski congratulated the ABn members on the Day of the Unit wishing them and their families good health.

On the occasion of the Day of the Unit, incentives were given to the members and congratulation letters were read. The Command Platoon of the 2nd Battery, led by Second Lieutenant Viktorija Janevska was chosen best Platoon of the Unit.