Marking the Day of the 4th Infantry Battalion 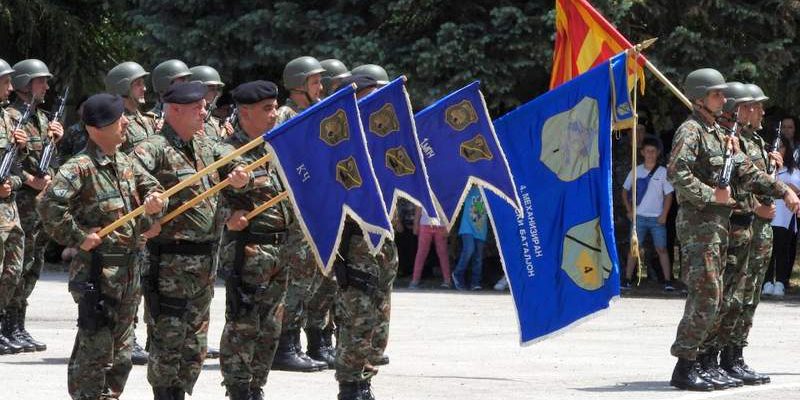 Today in the barracks “Chede Filipovski-Dame” in Kichevo with a military ceremony the members of the 4th Infantry Battalion, from the 1st Infantry Brigade traditionally marked the 21st of May, the Day of the Unit.

In their speeches they referred to the 30th anniversary, the period from the formation of the Army, the history of the unit, the engagement in the past period, the current engagements and the upcoming activities.

At the ceremony on the occasion of the Day of the Unit, the best platoon from the battalion was announced and incentive measures were awarded to the staff that stood out the most in the past period.

The celebration ended with a tactical-technical exhibition in several working points, where students from primary and secondary schools, as well as other present guests, had the opportunity to get acquainted with some of the weapons and equipment of the unit. The ceremony was enriched with a programme of dancers from the cultural and artistic association “Biser” from Kichevo.

On the eve of the Day of the Unit in cooperation with the Red Cross and the department of transfusiology, a blood donation action was carried out in which the staff voluntarily donated 51 units of blood.

The Day of the Unit was attended by the Chief of Staff of the Operations Command, Brigadier General Mirche Gjorgoski, the Commander of the 1st Brigade, Colonel Sashko Lafchiski, former commanders and retired officers of the unit, representatives of the state administration, public institutions and services, the units of local self-government in the area of responsibility of the unit, as well as legal and natural persons with which the unit has cooperation.