Marking of International Military Sports Council in units of JOC 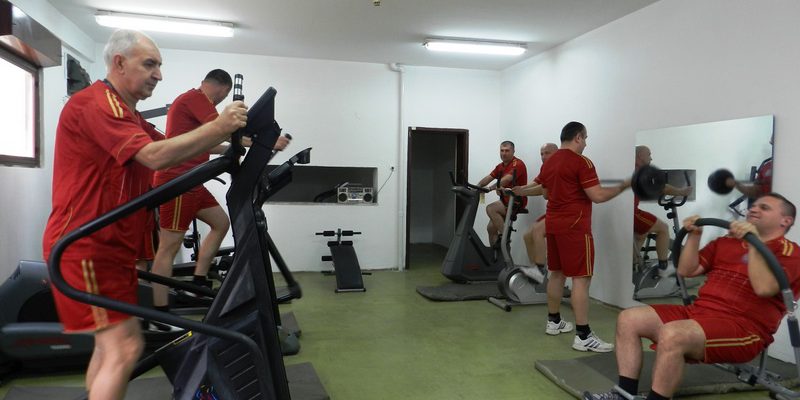 On 18.02.2014 (Tuesday) the members of the Joint Operational Command and subordinate commands and units in garrisons Kumanovo, Stip, Tetovo, Kicevo, Prilep and Skopje was massively involved in marking the” International Military Sports Council (IMSC)” or Conseil International du Sport Militaire (CISM) this year for ninth time in the organization of the General Staff.

Marking the IMSC in JOC and subordinate units of the units started with units formations, solemnly opening ceremony by the garrisons commanders, after that competitions performed in the following disciplines: unit competitions in rope pulling, soccer, ping pong, chess and basketball which are implemented on sports fields and in the barracks facilities.

IMSC day was used for opening a gym in one of the rooms of the Joint Operational Command, which is equipped with 11 professional exercise machines with purpuse for all members of the units in garrison Kumanovo to use them for maintene physical fitness and sportsmanship.

With the mass participation on sports activities in the garrisons was reached the goal of this project – promotion of health, physical fitness and mental and physical mindset in every member of ARM through sport activities and developing more comfortable feeling and enthusiasm for work, transparency, creating a general culture of sports but also for the promotion of civil military cooperation with sports associations and teams from civilian structures who were also invited and attended on this event.

At the end of competitions best teams received a certificates from the units commanders.