Commemoration for the tragically fallen members of the Armored Battalion 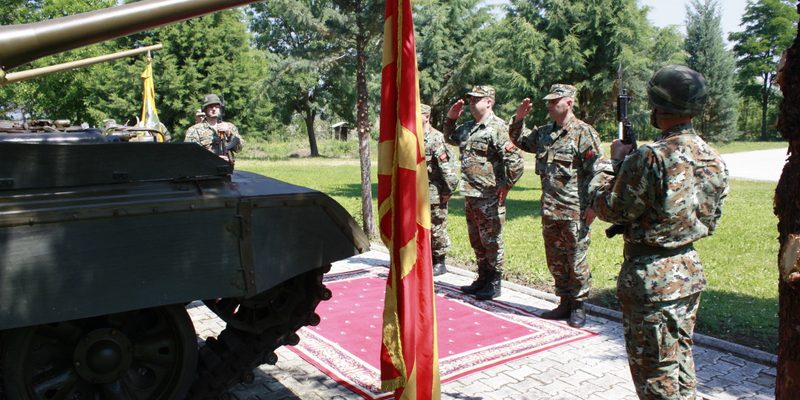 On 10th June 2014 at the barracks “Chojlija” in Petrovec, there was a commemoration to honor the fallen members of the Armored Battalion (ABN), Captain Sinisha Stoilov and Private Dzeladinovski Fejzo, who died tragically thirteen years ago.

ABN Commander gave a commemorative speech in front to unit’s service personnel and the families of the killed soldiers.

After the speech, flowers were laid in front of the monument in the barracks by a delegation from the 1st Mechanized Infantry Brigade, led by the Commander, Brigadier General Pavle Arsovski, members from Armored Battalion, Logistic Support Brigade, the fallen soldiers’ family members, retired colleagues, and a delegation from the municipality Petrovec.

One day before the commemoration, on 9th June, an ABN delegation paid their respect at the monument in Captain Sinisha Stoilov`s birth place, village Zrinovci, near Kochani. The monument is located in the village school that is named after him and celebrates this date as the day of the school.