Marking the Patron’s Day of the Barracks “Jane Sandanski” – Shtip 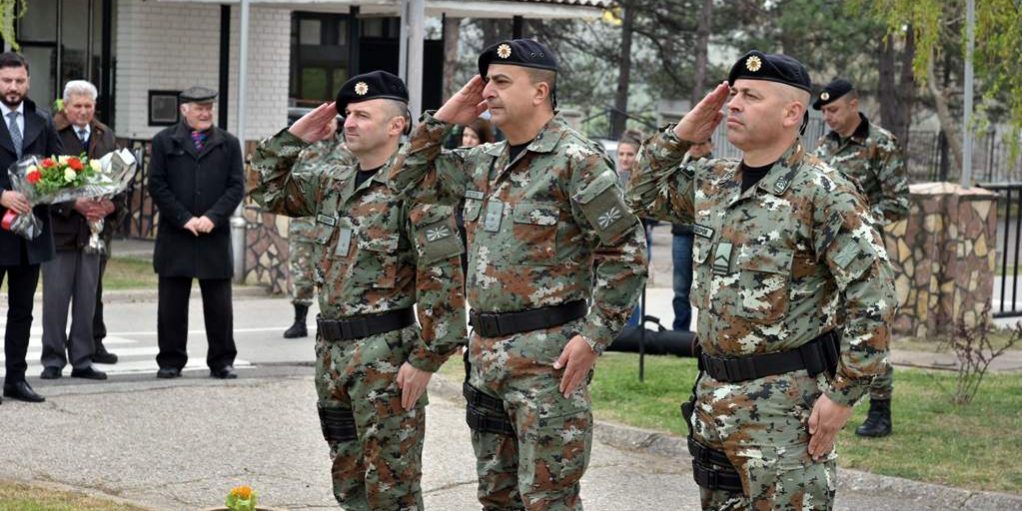 With a military ceremony, the members of the 2nd Infantry Battalion and the other units in the barracks “Jane Sandanski” in Shtip marked 22 April, the Patron’s Day of the barracks.

The ceremony was attended by a delegation from the 1st IBde, led by the Commander, Colonel Sashko Lafchiski, the Mayor of the Municipality of Shtip, Ivan Jordanov, as well as representatives of the War Veterans Association of Shtip who laid fresh flowers in honor of the great revolutionary Jane Sandanski.

In his speech, 2nd IBn Commander, Lieutenant Colonel Stojanche Kostov gave a short historical background of the life and work of Jane Sandanski and pointed out that by marking this day year after year, we keep the significance of his name and deeds and thus, this legacy will be passed on to the next generations.

The ceremony was enriched with a performance by the students from the State Music School Center “Sergej Mihajlov” and “Street Dance Urban Crew” from Shtip.

On the occasion of this day, a humanitarian aid action was previously carried out by the staff in the barracks “Jane Sandanski”, in which packages with clothing and food were donated to the socially vulnerable categories of citizens, the Center for people with intellectual or physical disabilities and autism and the Mal foster home for orphans.