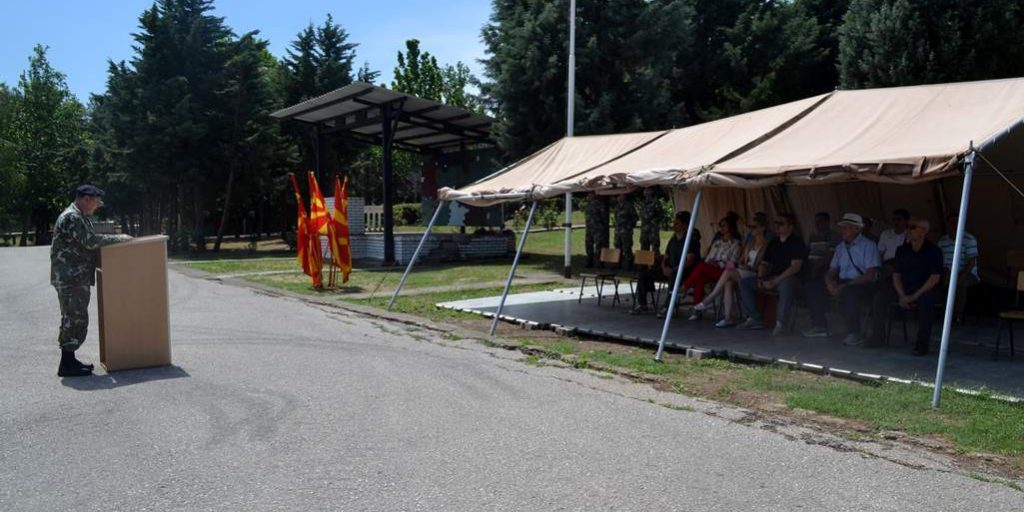 Today, at military barracks ‘Chojlija’, Petrovec garrison, members of the tank battalion (tbn) of the 1st Infantry Brigade (1stIBde) marked 21 years since the death of their colleagues in 2001 conflict, Captain Sinisha Stoilov and professional soldier Fejzo Dzeladinovski. Delegations from both the tbn and the 1stIBde laid fresh flowers at the commemorative plaque at military barracks ‘Chojlija’.

The Tank Battalion Commander in his speech emphasized that commemorating their fallen members is an obligation which members of the tbn and the Army take on as a debt to their colleagues who sacrificed their lives in defence of their homeland, the sovereignty and territorial integrity of the country.

He also pointed out they are proud they had such courageous and dependable colleagues and comrades, who will never be forgotten.