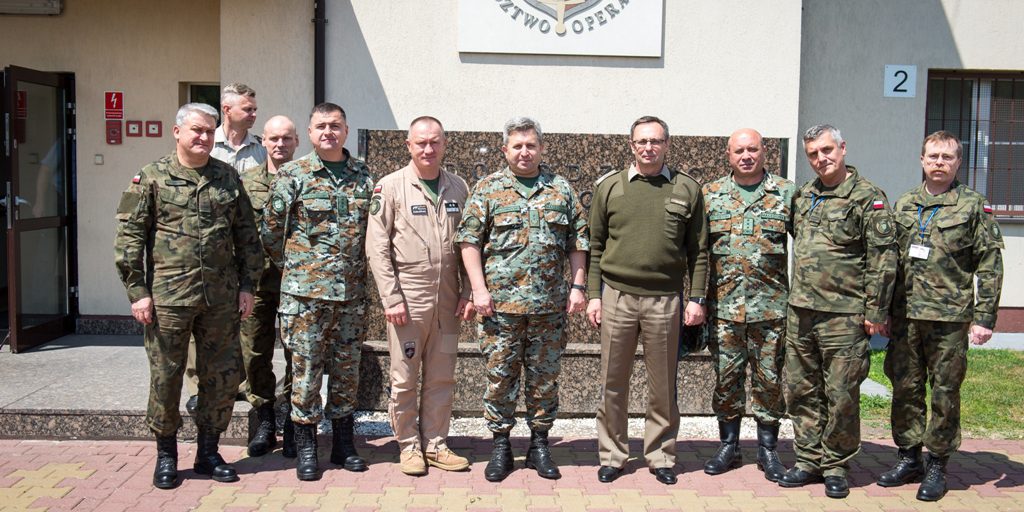 During his visit JOC Commander visited OCAF Commander, Lieutenant General Marek Tomaszycki as well as the Operations Command and the Air Force Command of the Armed Forces of Republic of Poland.

There were different topics that the General and the OCAF Commander talked about including, different levels, kinds and perspectives of further cooperation, exchanging experiences from international operations, as well as possibilities of conducting joint exercises and training.

The delegation had an opportunity to get acquainted with the role and the mission of OCAF in the new system of the Polish Armed Forces, the OCAF role in the National Crisis Management, their involvement in international peacekeeping missions, the concept of next exercise “Anaconda – 16”, as well as the Special Operations Center and Land Forces Command of Polish Army.

The visit followed after OCAF Commander visited GS of ARM and JOC last April, and invited JOC Commander of ARM to visit Polish Armed Forces as a result of the bilateral cooperation between the armies of these two countries.