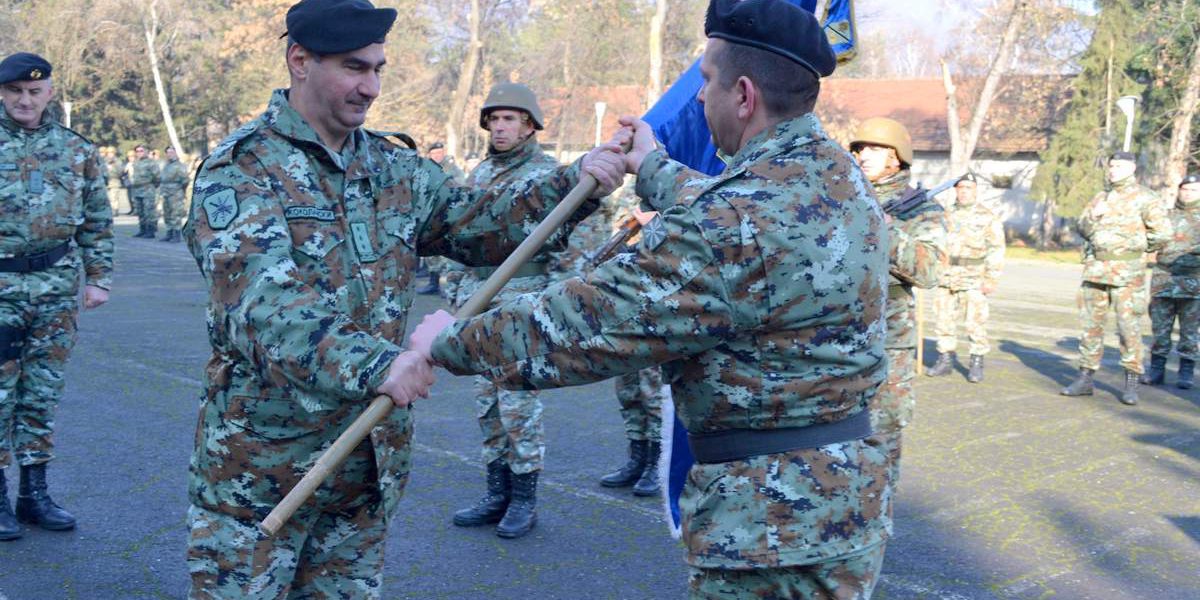 In the barracks “Kuzman Josifovski – Pitu” in Tetovo, with a military ceremony of handing over the military flag, a duty handover of the 3rd Infantry Battalion (3rd IBn) Commander, which is within the 1st Infantry Brigade (1st IBde), was held.
Lieutenant Colonel Igor Stankovski, who was the deputy commander of the 3rd IBn, took over the duty the 3rd IBn Commander from Lieutenant Colonel Izeir Ejupi.
At the ceremony, the Deputy Commander of the 1st IBde, Colonel Vasko Kokolanski said that the unit has so far provided selfless assistance in dealing with “COVID-19”, as the first unit of the Army, referred to the activities carried out by the unit in the past and congratulated to the former and the newly appointed commander.
The former commander, Lieutenant Colonel Izeir Ejupi, thanked the unit’s personnel for the support provided during his performance of duty, while the newly appointed commander, stressed that he will command the unit very conscientiously and responsibly and thanked for the trust given to him for this duty.
The members of the battalion presented the former commander a plaque with the unit’s logo.
Today’s ceremony was attended by the heads of sections of the 1st IBde Command, 1st IBde units’ commanders and other guests.