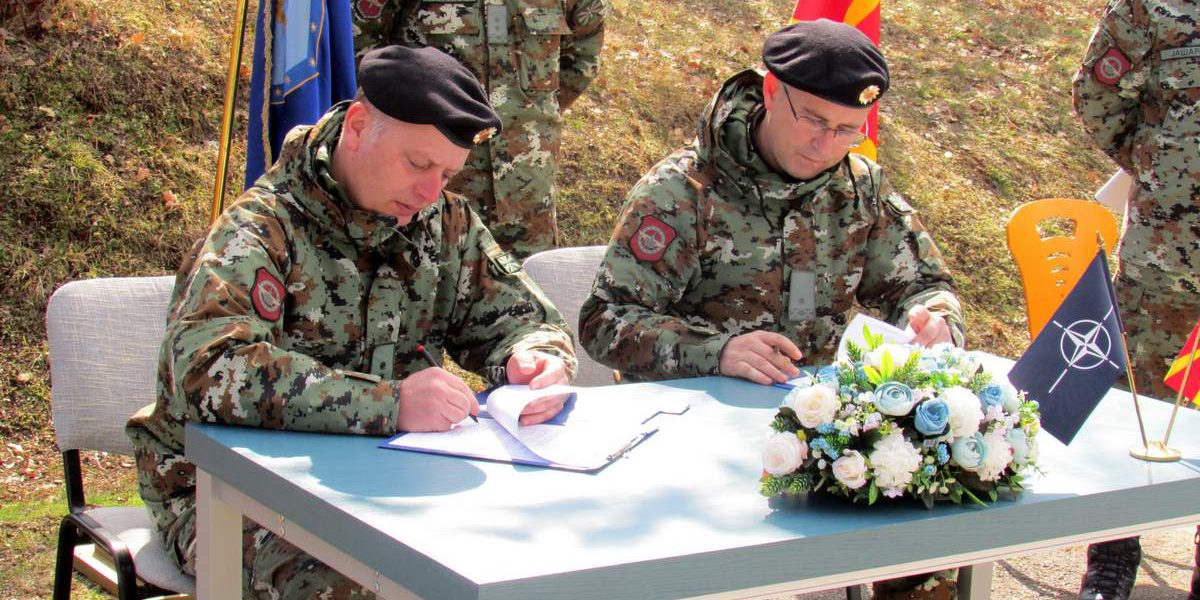 There was a military duty handover ceremony of the Commander of the Aerial Surveillance and Reporting Battalion within the Air Force WING (AF WING) at the premises of the ASRBn.

Lieutenant Colonel Oliver Stojanovski said that he has had well trained and highly motivated personnel who have conducted various kinds of tasks, which they always did successfully, and expressed his gratitude for their dedication and professionalism.

The newly appointed Commander, Major Kjemal Djaferi, thanked the Commander for putting his trust in him and said that he would dedicate himself to his work. When addressing the personnel, he told them that he expected them, as high professionals, to continue with their dedicated work in order to achieve even better results. He said that he expected the personnel to use their experience and knowledge in accomplishing the mission and objectives of the unit with their support and dedication.