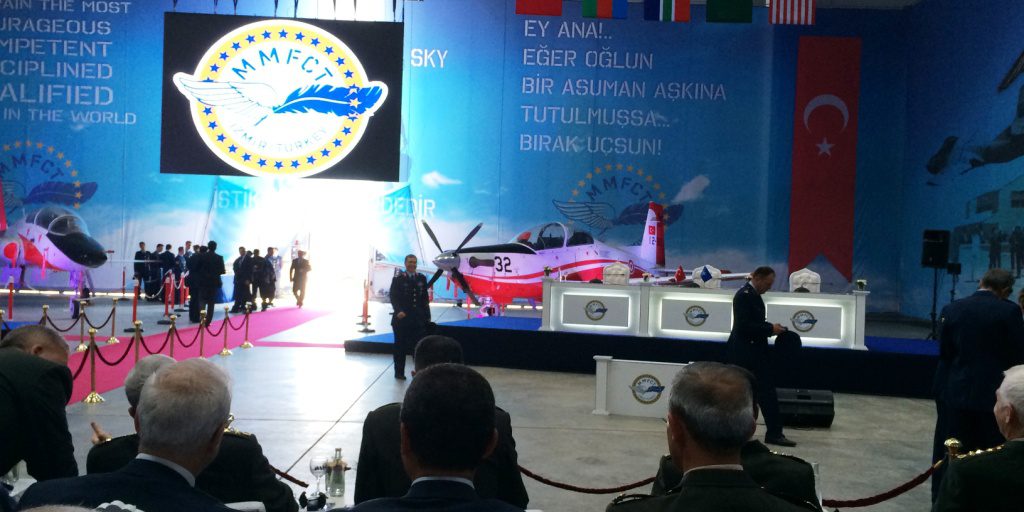 In the period from 16 to 17 June 2015, the Commander of Joint Operations Command (JOC) Major General Metodija Velickovski, at the invitation of the Commander of the Turkish Air Force, General Akin Ozturk attended the opening ceremony of the multinational military training center for pilots (MMTCP) in Izmir, Turkey.

During the two-day visit, the JOC Commander, apart from attending the opening ceremony of the MMTCP, had meetings with the host, General Akin Ozturk, other senior military officers of the Turkish Armed Forces and military representatives of delegations attending the activity.

In the course of these meetings the possibility of achieving cooperation between the armies of the two countries in military aviation and the ability to train personnel from the ARM in the multinational training center for pilots in Turkey were discussed.