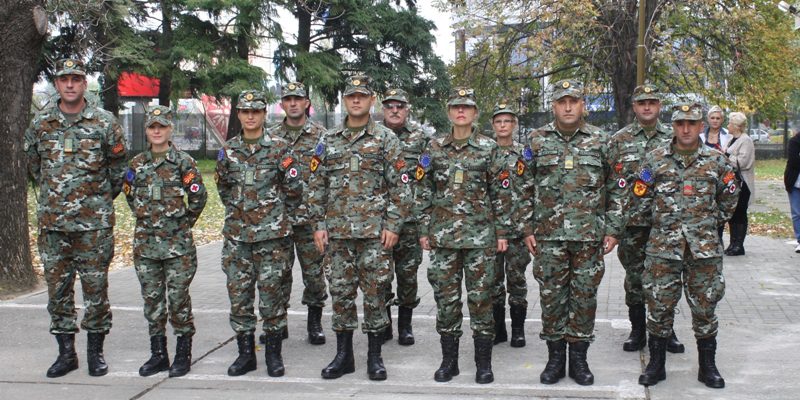 Today, 31st October at the Logistic Support Brigade Command (LSBde), there was a send -off ceremony for the deployment of the 17th rotation of the medical team on the peacekeeping mission ALTEA in Bosnia and Herzegovina. The main objective of the mission is basic medical support -ROLE 1 for EUFOR units at camp “Butmir”.

LSBde Commander Colonel Vladimir Stojanovski in his address said that the participation on this mission so far had been appraised on numerous occasions due to the professionalism while accomplishing the tasks. He also added that expectations from this rotation were to add to and improve the work of the previous teams.

The leader of the medical team Captain Dejan Shvraka said that the assigned tasks and duties of the mission would be carried out with utmost dedication, professionalism and discipline, confirming that the members of the Army of Republic of Macedonia are on the same level with other peacekeepers.

Family members, colleagues and friends who attended the ceremony wished the members of the medical team a successful mission in the following six months.