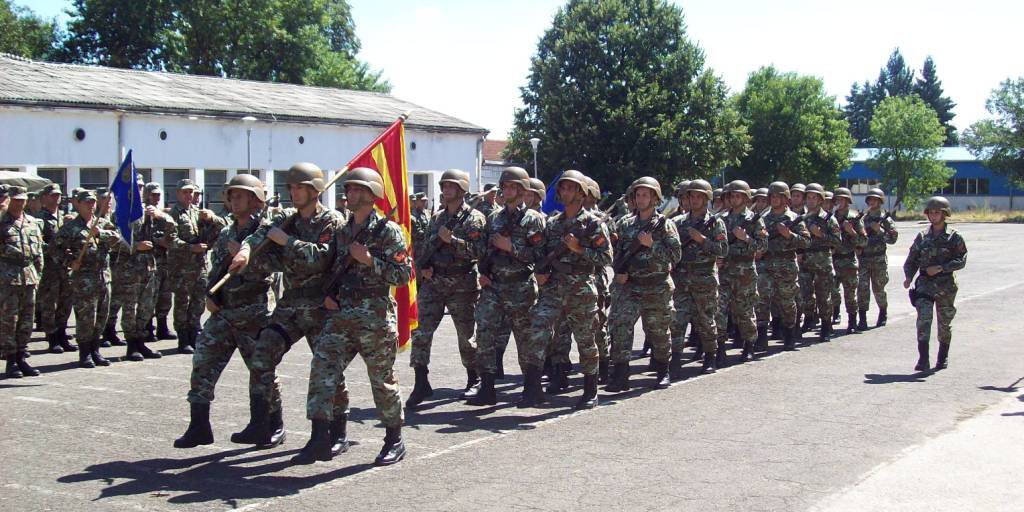 Earlier on 17th August 2015, in accordance with the military protocol rule, the Command of JOC celebrated this day by gathering of its employees in Kumanovo.

On the occasion of celebrating the Day of ARM the following commemorative activities were conducted: laying fresh flowers at busts of national heroes after whom the barracks are named, lining up of the personnel, marching of flag platoons, playing the anthems of the Republic of Macedonia and of ARM, paying tribute to deceased and to ARM soldiers who lost their lives in battle, as well as official speeches given by garrison commanders.

At the end of the ceremony units’ commanders congratulated all members that were promoted, rewarded and recognized for their achievements and professional engagement in work.

Many guests from the local government, representatives of social organizations, schools, religious communities and other entities that cooperate with the units, as well as family of ARM members were invited and attended the ceremony.

Special interest among guests, especially among the youngest as usually was shown for the tactical technical exhibition where arms, combat equipment and vehicles were exposed.