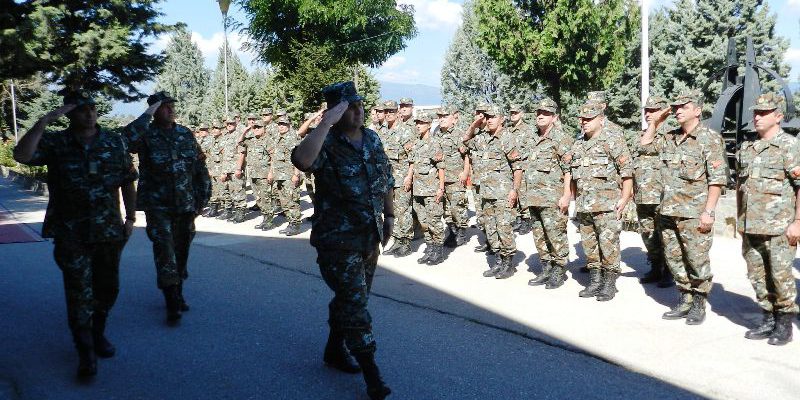 On the 18.08.2014 at 10.00 hrs at the Joint Operations Command (JOC) and its subordinate units’ garrisons in Kumanovo, Petrovec, Skopje, Shtip, Tetovo, Kichevo and Prilep, there was military official celebration to mark the day of the Army of Republic of Macedonia – the 18th of August.

The celebration included laying flowers at the national heroes’ memorial statues whose names are used to name the military barracks, military personnel line up, ceremonial platoon parade, playing of the national anthem of RM and ARM, paying respect to fallen soldiers of ARM and a ceremonial speech.

At the end of the ceremony the unit commanders congratulated the ARM personnel who were promoted, awarded and commended for their achievements and professional accomplishments.

Local government officials, religious communities’ representatives, ARM civilian associates and ARM personnel families were among the guests at the ceremony.