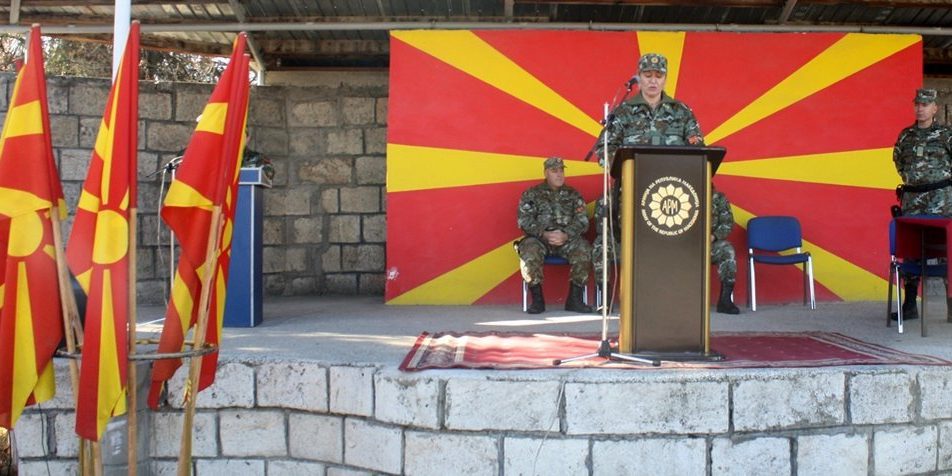 In his speech, the Commander of the Logistics Support Brigade Colonel Cvetko Janevski expressed his gratitude to Lieutenant Colonel Feto Bajrami for his dedicated work and abilities which he demonstrated while accomplishing his assignments; whereas, to the newly appointed Commander, he wished a lot of success in her work, and improvement of the success of her predecessor.

The leaving Commander of 3rd LogBn, Lieutenant Colonel Feto Bajrami thanked Colonel Cvetko Janevski for his support and leadership, and he wished his successor Major Nikolovska all the best and lots of success in her new appointment.

The newly appointed Commander Major Nikolovska expressed her gratitude for their trust to be the Commander of the 3rd Logistics Battalion, acknowledging the responsibility of being a commander. Major Nikolovska said: “The strength of a unit does not lie in a single person. It lies in the team. The key of success is team work. Therefore, I encourage you to do our best, to be completely dedicated in doing our tasks and in overcoming the challenges we might face.”