Handover Ceremony for the Commander of the Logistics Support Brigade 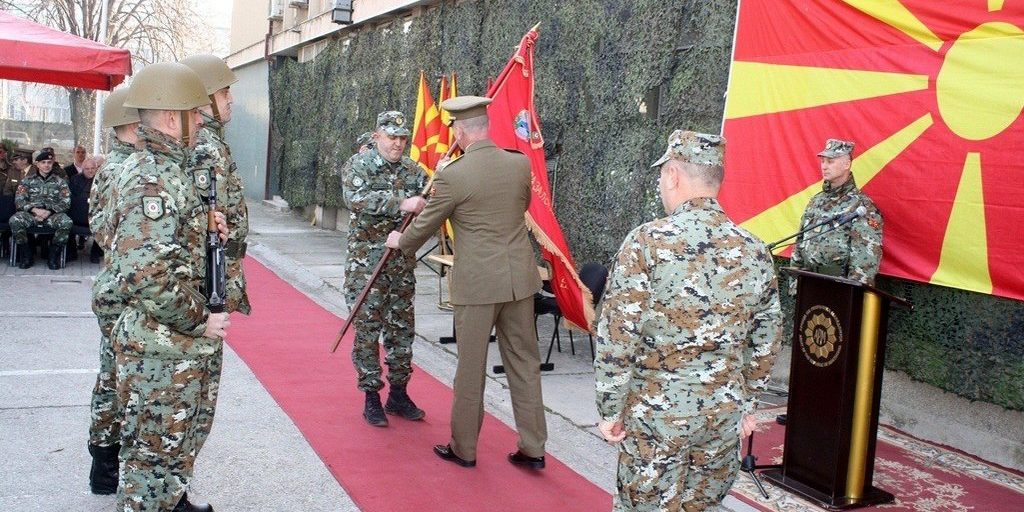 The JOC Commander Major General Pavle Arsoski addressed the audience talking about the importance of LogSprtBde in the upcoming transformation. He commended on Colonel Cvetko Janevski’s skillful and experienced leadership of the unit. Furthermore, he recommended the incoming commander to continue improving the unit by successful accomplishment of its mission.

The outgoing Commander of LogSprtBde Colonel Cvetko Janevski expressed his gratitude for having the privilege, honor and pride to lead this kind of unit while facing the challenges of the job. He thanked the unit’s personnel for their selfless commitment to their work in order to achieve the mission of the unit. In addition, he wished the incoming commander Colonel Muharem Muharemi success in his future appointment.

At the end of the ceremony the outgoing commander gave the flag into the incoming commander’s hand which was the formal moment of transfer of command of the LogSprtBde.