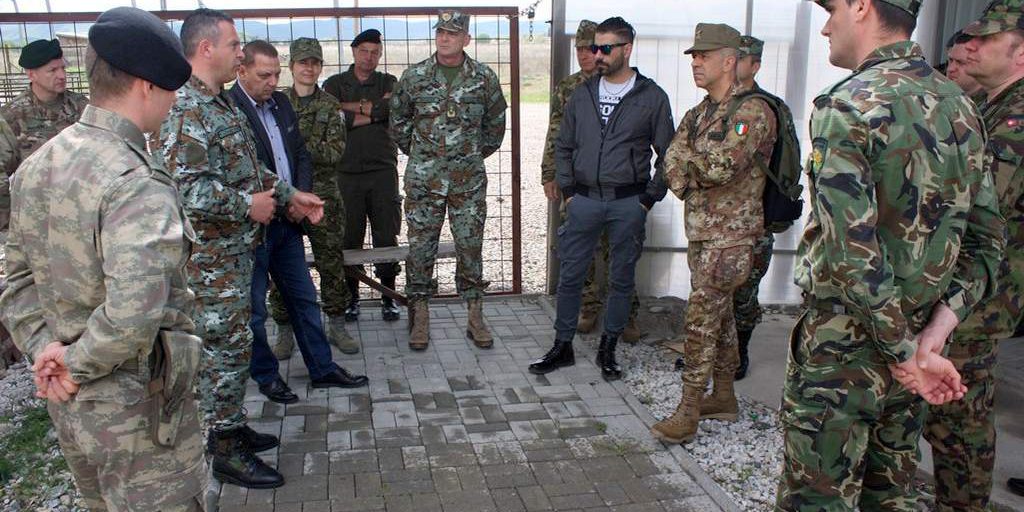 A delegation of military attachés accredited to the Republic of North Macedonia (resident and non- resident) visited the southern border in the vicinity of Gevgelia. They were accompanied by the Commander of the Joint Operations Command, Major General Pavle Arsoski, 1MIBde Commander Colonel Dragan Kovachki and the unit’s key personnel. The delegation visited the border crossing with the Republic of Greece and the border post “Bogorodica” and they were briefed about the 1MIBde‘s units which are deployed at the southern border supporting the police units handling the migrant crisis.

The visit is a routine activity of the attachés and it is conducted once a year in accordance with the Program for cooperation of the Ministry of Defence and the Association of Military Attachés in our country.