Commemoration for the fallen army members in Vejce 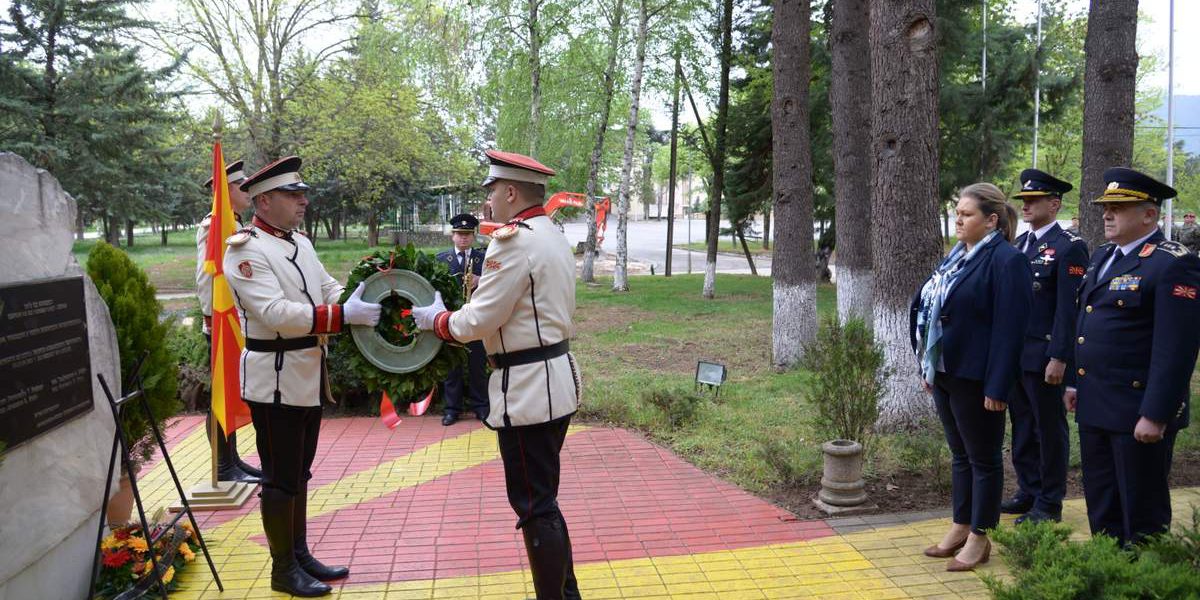 On the 21st Anniversary of the tragic death of four Army members in Vejce, at the memorial in front of the Special Forces Battalion in the “Ilinden” barracks, by laying fresh flowers tributes were paid to the soldiers who lost their lives tragically in 2001.

The Minister of Defence Slavjanka Petrovska, the Chief of General Staff of the Army Lieutenant General Vasko Gjurchinovski, delegations from the Special Forces Battalion and the commands of the Army units, the Ministry of Interior and the families of those killed laid fresh flowers and paid tribute to Robert Petkovski, Boban Trajkovski, Mile Janevski and Igor Kosteski.

In honor of the fallen members of the Special Forces Battalion, the commander of this unit, Lieutenant Colonel Oliver Zarioski, addressed the audience and stressed that all members of the unit are obliged to protect and respect the loyalty and honor of their fallen colleagues, and furthermore to proceed to develop their military skills and keep all values ​​in service of the homeland.

On this day in 2001 near the village of Vejce, in the vicinity of Tetovo, eight members of the security forces lost their lives, four of them from the Army and the other four from the Ministry of Interior.

Formal meeting between the Deputy Chief of General Staff and Japanese Defence Attaché
24.01.2023