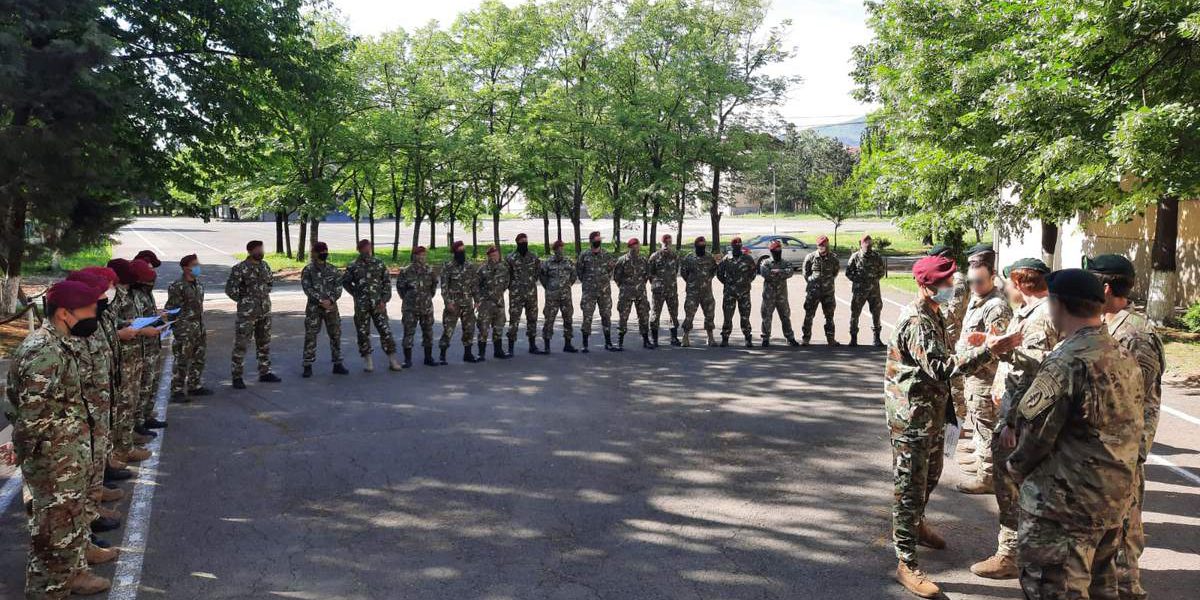 In the Special Forces Battalion, the direct participants did an analysis of the realized activities and achieved objectives during the drill. The final activity of the “TrojanFootprint 21” drill was the giving of certificates to all of the participants in the presence of the Chief of the Office for Defense Cooperation between the US and the Army of the Republic of North Macedonia and members of the General Staff.

With today’s preliminary analysis, the results presented confirmed the achievement of main objectives in this drill realized by the Special Forces under the leadership of the US Army for Europe, such as the improvement of the abilities to perform operations of the Special Forces in coordination with the Conventional Forces, the increase of interoperability and the mutual relations and trust between the allied armies.

The members of the Special Forces Battalion and the 10th SpecialForcesGroup – Airborne performed one part of the “TrojanFootprint 21” drill at the “Krivolak” barrack square where they improved their combat skills by performing close combat for special operations on land.

Besides the Republic of North Macedonia, the “TrojanFootprint 21” drill was also performed in Romania, Bulgaria, Montenegro and Georgia and 10 NATO armies along with partnership armies participated in separate activities.

The drill that was performed from 4th to 14th of May is part of the big NATO drill under the leadership of the US Army for Europe – “Defender Europe 21” whose activities are being performed in 16 European countries, and the “Decisive Strike 21” drill that starts on 17th of May is also part of it.