We Maintain and Strengthen Public Confidence 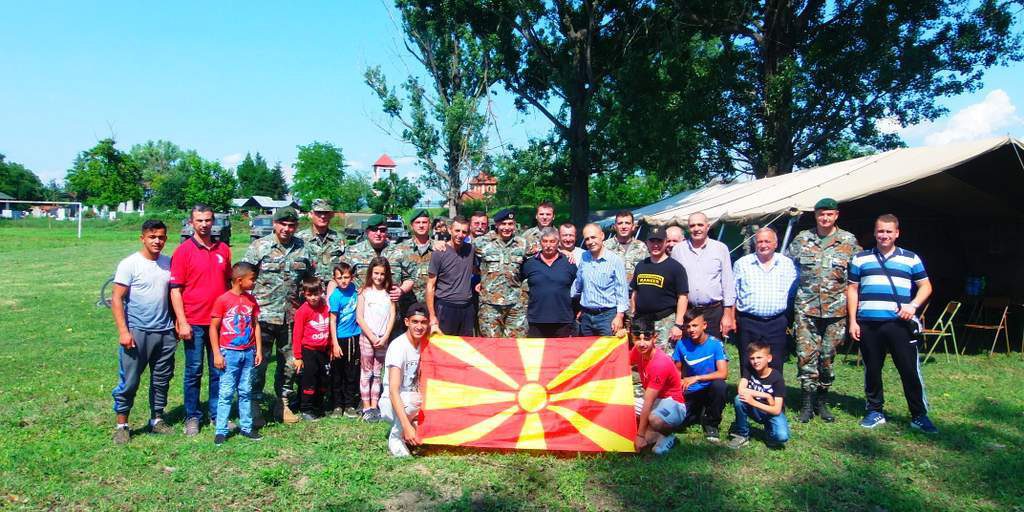 Yesterday in the area of village Ognjanci, Petrovec Municipality, members of the Ranger Battalion from the Special Operations Regiment (SOR) organized a tactical march.

In order to deepen the cooperation with the civilian population, the Battalion command and members of the Ranger Battalion, led by their commander, Lieutenant Colonel Blerim Ismaili took advantage of the opportunity to link the useful with the humanely during the tactical march. Contact was made with the local citizens. Battalion members together with the village authorities donated food to several families in need, and they visited primary school ‘Kocho Racin’. Nice weather on completing the march allowed time to associate with the locals. During the activity the marching unit and the local citizens were visited by SOR Commander, Brigadier General Metodi Hadji Janev.

The satisfaction from a successfully completed activity was felt in the comments of the local residents and the members of the unit, and the pleasure of the youngest could be seen on their faces.