Participating in the Multinational Exercise “Lavaredo 2019” 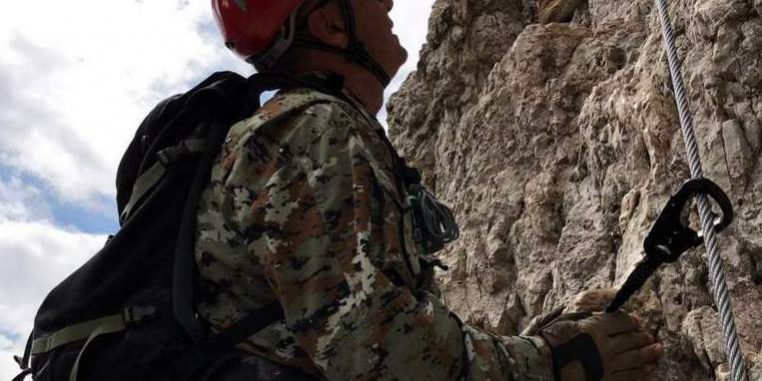 A team of alpine instructors of the Special Operations Regiment participated in the multinational exercise “Lavaredo 2019”, which lasted 10 days and took place at a famous tourist and historical site, Tre Cime di Lavaredo, in the Italian mountains Dolomites.

Following a well-known scenario developed by the host country, the participants did a tactical climbing and summer alpine climbing training. The actual exercise was conducted during the second phase of the exercise. The aim of the exercise was to demonstrate ways of dealing with terrorist groups in a high mountain pass, thus the participants demonstrated insertion techniques by land, climbing vertical routes, abseiling fixed lines and rappelling, and insertion by air with helicopters using fast-roping and repelling techniques. Our team took part in the tactical climbing together with the other teams. Beside our team there were also teams from special units from six other countries, and there were also representatives of the NATO Mountain Warfare Centre of Excellence in Slovenia.

The Special Operations Regiment has participated in this exercise five times so far but it was conducted in this location for the first time. The advantages and importance of the military alpinism for mountain operations are the lessons learnt after taking part in this exercise.