Action for Voluntary Donation of Blood in TRADOC on the Occasion of Marking August 18, ARM Day 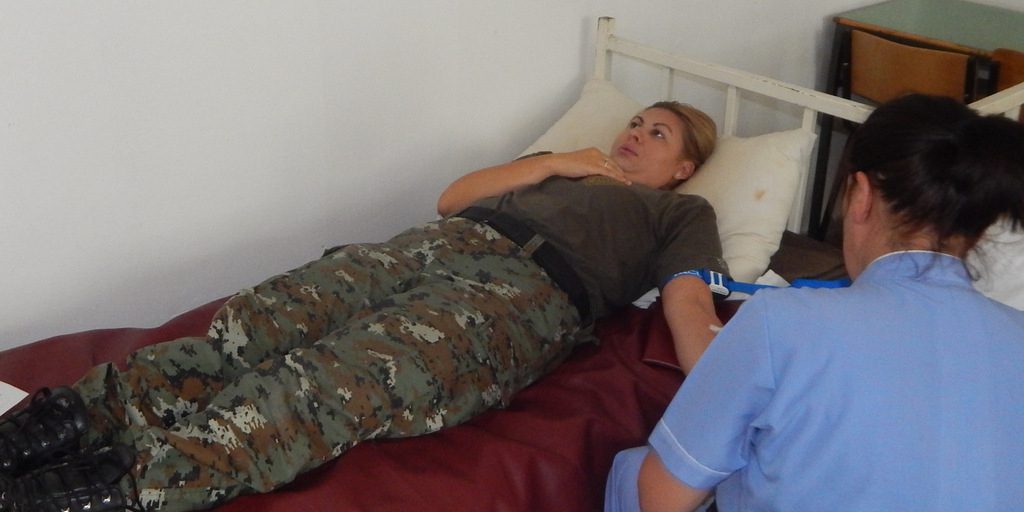 In accordance with the program for marking the 18th of August, the day of the Army of the Republic of Macedonia, today, on the 21st of July, 2017 in the barracks “Alekso Demnievski-Bauman” in Veles, an action was carried out for voluntary donation of blood.

On this occasion, the TRADOC members from the barracks in Veles once again showed their humanity with massive participation in this action. In addition to the employees of the TRADOC, the newly arrived soldiers-volunteers in the military service, as well as the remaining units accommodated in the barracks took part in the action.

This is the second of a series of voluntary donation campaigns that the Training and Doctrines Command plans to realize this calendar year, the year in which the ARM marks the jubilee 25th anniversary of its formation.