Completion of the Leadership Course for Team and Section Leaders 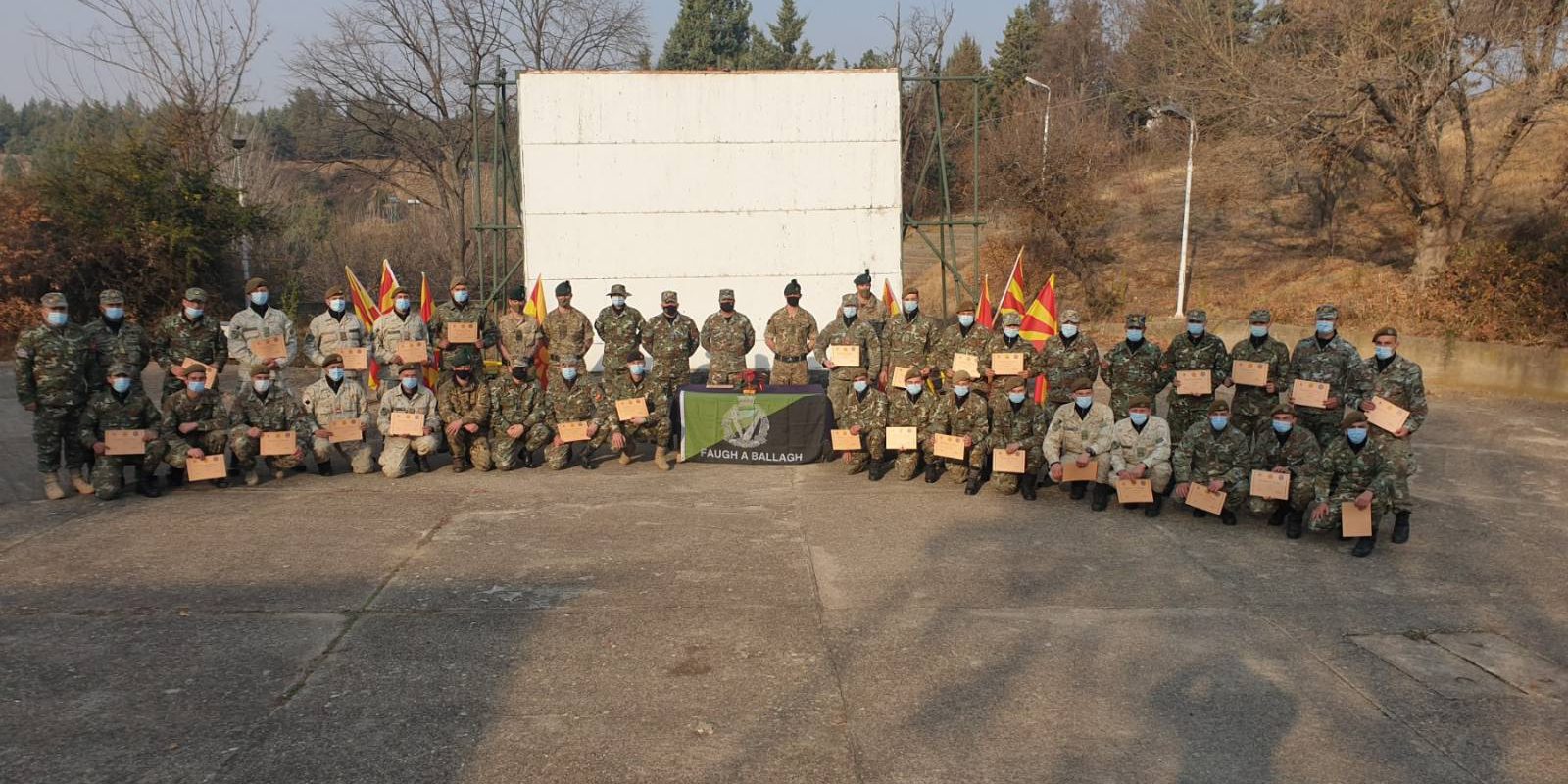 Today, 30.11.2020, in the Training and Doctrine Command at the TA “Krivolak”, 30 participants, professional soldiers from the units of the Army completed the Leadership Course for Team and Section Leaders.

With the completion of the course, the units of the Army now have professional soldiers trained for performing the duties and responsibilities in the units as team and section leaders – corporals. During the two-week training, the leader of the training group, Lieutenant Zoran Temov together with the Chief NCO and three instructors from the Center for Individual Training in cooperation with Captain Delgan O’Neil, who was commander of the training team, and four instructors from the United Kingdom in charge of the training, trained the participants for successful leadership of teams and sections.

The line formation readiness and performance of the participants was raised on a higher level during the training and all types of line ups and organized activities. At the same time, they revised and improved the already achieved military knowledge for handling weapon and military equipment at a team-section level, the methodical preparation for successful completion of a training, as well as the proper application of the tactics, techniques and procedures at a team and section level during a combat task.

The event for the completion of the course, which was organized in accordance with the strict protocols for preventing the COVID-19 virus, was attended by Sergeant Major Brane Petreski and the Commander of the 2nd Infantry Battalion, Lieutenant Colonel Stojanche Kostov. Certificates were awarded to all participants for completion of the Course for Team and Section Leaders.