Celebrating the International Day of Military Sports – 18th of February

You are here:
ARMY AND SPORT 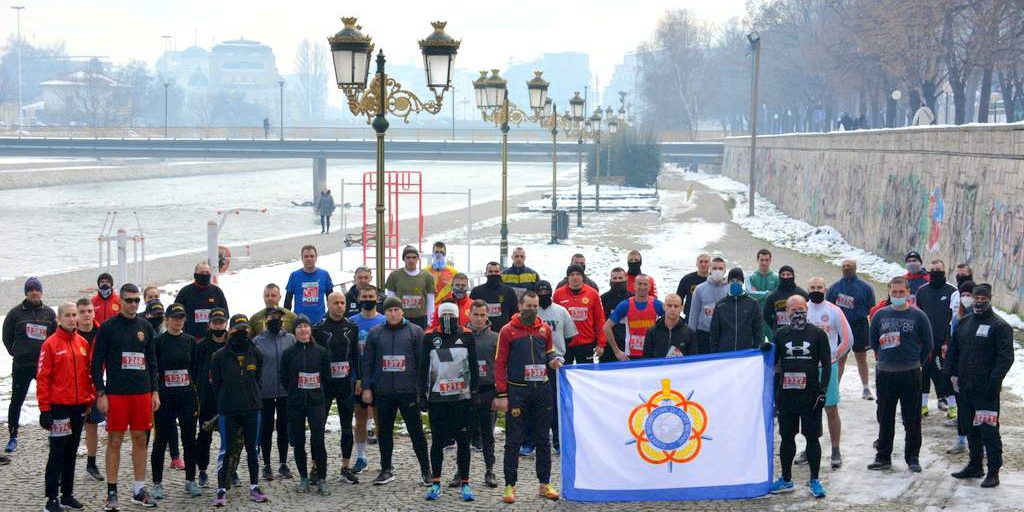 At the Military Stadium in the City Park of Skopje, Army sports teams lined up to celebrate the International Day of Military Sports – the 18th of February. Traditionally, it is celebrated every year, and this year the motto is “Friendship through sport”.

It has been the seventeenth time that the Army celebrated this sport event this year, which was organized while abiding by the recommendations and protocols for preventing the spread of Covid-19. The Army service personnel competed in a five-kilometer run for men and a three-kilometer run for women.

The winners in the five-kilometer run for men were Private Milosh Ranchikj at the first place, Private Trajche Ilijeski, the second place and Captain Zhan Tosev, the third place. Whereas, the winners in the three-kilometer run for women were Sergeant Major 1st Class Marija Pelikon, Master Sergeant Irena Lekovska and Private Marija Dimeska, at the first, second and third place, respectively. Special Forces battalion men’s team won the first place and the Rangers battalion women’s team won the first place.

The International Military Sports Council was founded on the 18th of February 1948 and the Army of the Republic of North Macedonia has been its member since 2005. Since then, they have the right to participate in all international sport competitions organized by this international association of military sports. Therefore, the Army servicemen participate in all sport events organized by the International Military Sports Council and show excellent results. In addition, not only do they improve cooperation among military forces, but also they contribute to building friendship and peace in the region and in the world.