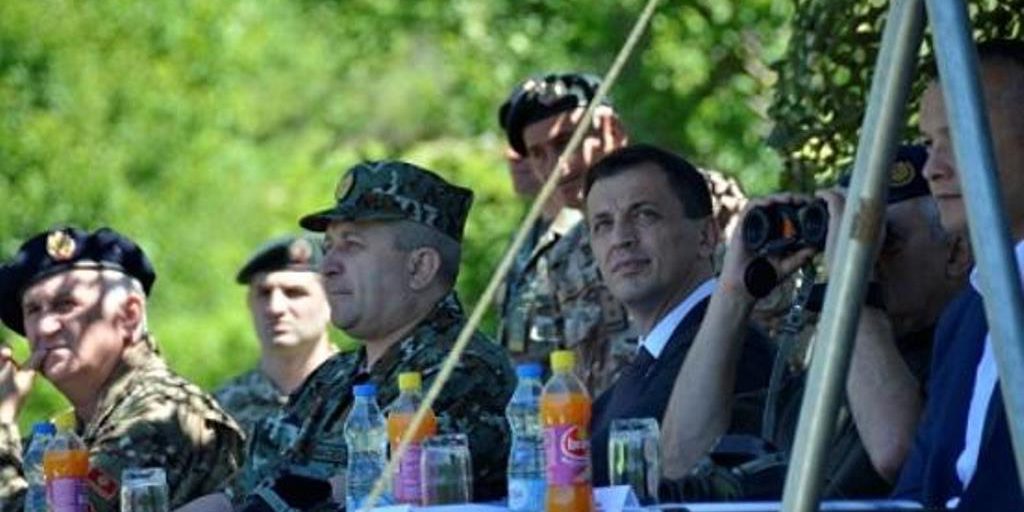 Today’s presentation of the exercise activities, the exhibition of equipment and weapons attended by high delegations of the Army of the Republic of Macedonia, the Army of Montenegro, the Austrian Armed Forces, the Minister of Defence of Montenegro and other distinguished guests, as well as the closing ceremony at the base “Kolashin” in Montenegro marked the end of the international exercise “Common Challenge 17”.

The best evidence for this is the evaluation by the director of the exercise for the manifested high level of training and interoperability between the units in the armies of these three countries in the performance of the procedures planned for the joint operations which would happen in unapproachable mountain terrain around the world.

Lieutenant General Velichkovski addressed the members of the Ranger Battalion and expressed his compliments for their efforts, as well as for the received acknowledgments for their abilities presented during the exercise.

After the one-week training at unapproachable terrain and carrying out the procedures with the other participants, the members of the Rangers Battalion stood out with the reconnaissance elements and carrying out operations for providing convenient battle conditions for successful offensive battle activities.

The exercise “Common Challenge 17” is realized on the basis of a common initiative of ARM, the Army of Montenegro and the Armed Forces of Austria, equally in the processes of planning, assessment and realization. The exercise was held at the mountain training base “Lipovo” in the period from 26.06.2017 to 06.07.2017, and it is based on an imaginary scenario for a NATO-led operation, mandated by the United Nations in case of crisis situations that happen in unapproachable mountain areas, out of NATO’s area of responsibility.