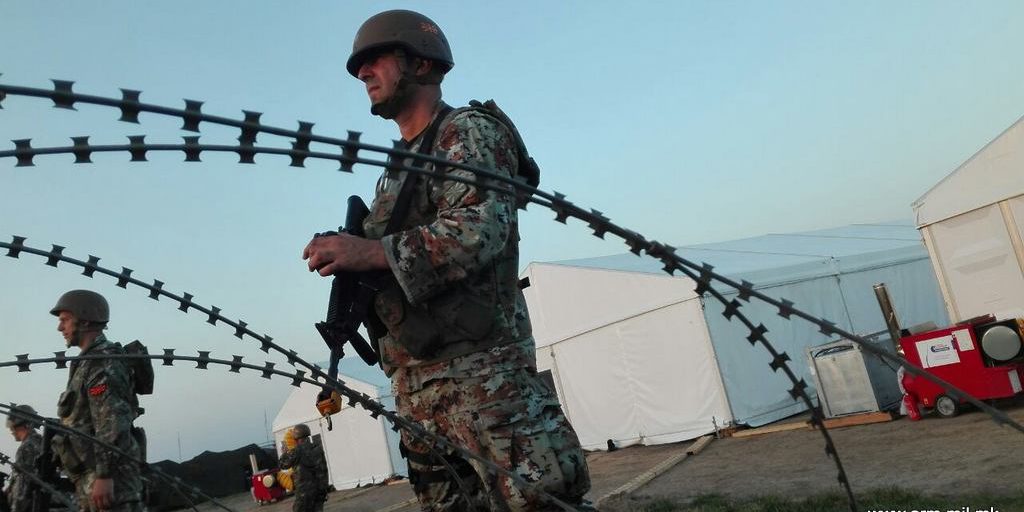 With today’s opening ceremony for the international military exercise “Saber Guardian 17”, the members of the Army of the Republic of Macedonia have officially begun with their tasks at the military training ranges in Romania and Hungary.

The Army of the Republic of Macedonia with its seventy-one members from the Engineering battalion, the Military Police Battalion, the Special Operations Battalion and the Balkan Medical Task Force are prepared to demonstrate their capabilities and the interoperability with the partner armed forces.

We present you several photographs from the opening ceremony for the exercise and part of the activities of the Military Police Platoon of ARM, from their journey to the final destination, the setting up of the base camp near Valcea, Romania and their first tasks in patrols and checkpoints, in accordance with the given scenario.

The exercise “Saber Guardian 17” is the biggest multinational military exercise in the region of the Black Sea, organized and led by the United States Army Europe that is realized on the territory of Hungary, Romania and Bulgaria and has more than 25,000 participants from the armed forces of 22 countries that are members of NATO and partner countries.