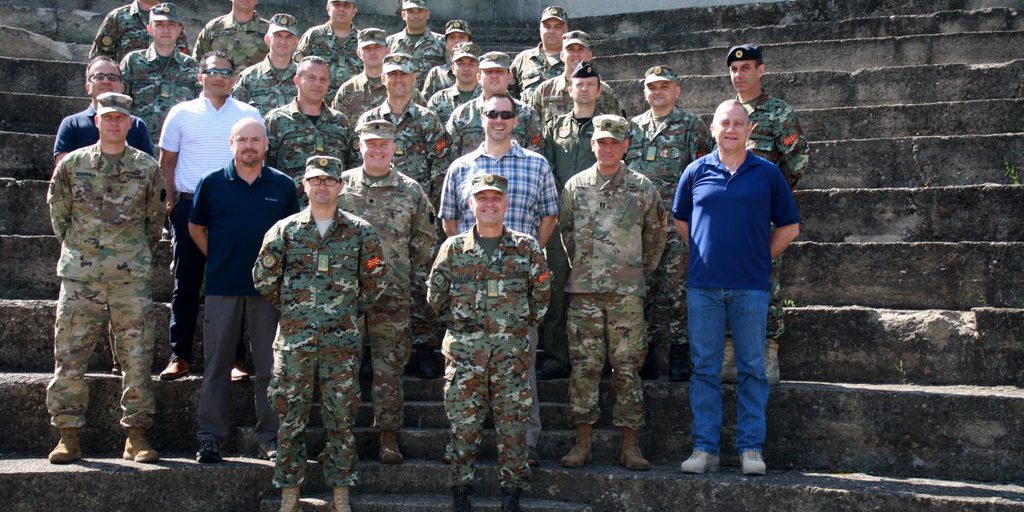 The workshop for specification for the exercise “Decisive Strike” was held in the period from 04.06 to 08.06.2018 at the training camp “Pepelishte”, as the first one in the planning process for the upcoming exercise which will be realized in June and July the following year at TA “Krivolak” and TC “Pepelishte”, as part of the exercise “Saber Guardian 19” by the United States Army Europe.

After the welcoming words by the Chief of J-7/GS of ARM, Colonel Zoran Dodevski, the director of the exercise, Lieutenant Colonel Igor Manasovski pointed out the importance and complexity of the exercise, as well as the structure of the duties and responsibilities in order to direct the personnel to complete the given tasks. The representative of the United States Army Europe, Timothy Lemley who is the lead planner of the exercise “Saber Guardian 19” also talked during the opening.

During the five days of the workshop, the following activities were realized:

During the workshop, they also checked the accommodation capacities and the terrain for the training and the exercise at TA “Krivolak” in order to learn about the capacities and conditions there. They also presented the briefings which are important for a successful preparation of the upcoming activities.

The completed activities and conclusions were presented at the final briefing of the workshop for the exercise specification, which were then signed by all high representatives of the workshop participants and appropriately distributed. These documents are a good base for further preparation and work on the Initial Planning Conference (IPC) which should be held from 15 to 19 September, 2018.