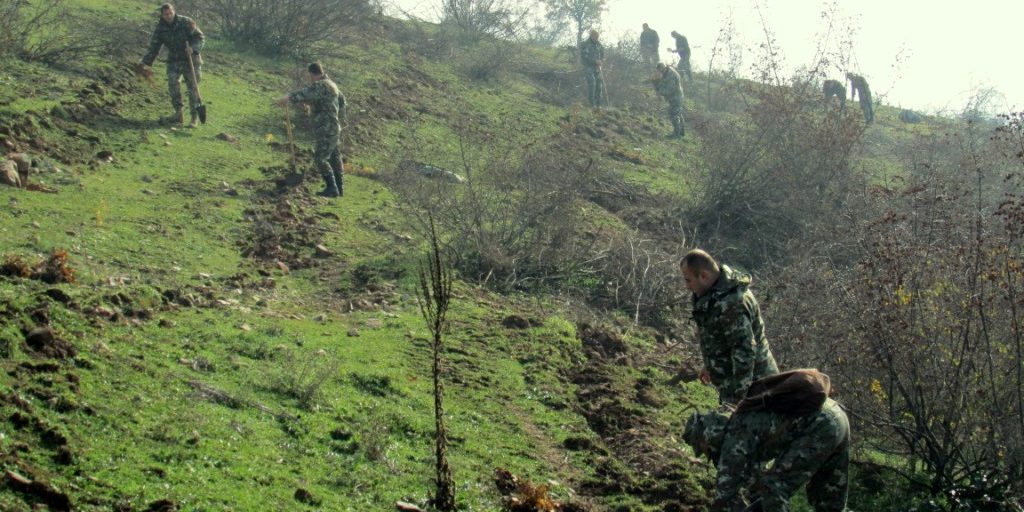 Today, December 2, the members of the ARM actively took part in the “Tree Day – Plant Your Future” afforestation action.

In coordination with the representatives of the subsidiaries of the PE “Macedonski Shumi ” the Army personnel was engaged planting over 40,000 seedlings in several locations throughout the Republic of Macedonia, in order to increase the green belt land as well as to raise the environmental awareness.

On behalf of the ARM traditional participation in this action, the Chief of Staff, Lieutenant General Metodija Velichkovski, the defence minister, Zoran Jolevski, and the defence attachés in the country, planted young trees around the Military Medical Centre.

Getting involved in this national action, the army preventively contributes to reducing the effects of floods, landslides, mudslides, problems that Macedonia faced in the past.