A Favorable Response to the Nonscheduled Blood Donor Action 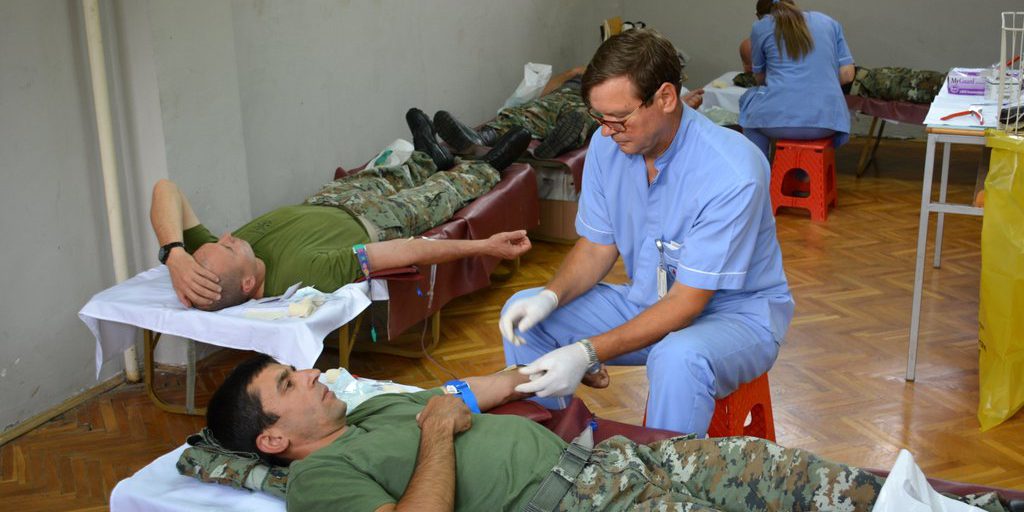 The servicemen of the Special Operations Regiment participated in a nonscheduled voluntary blood donor action, which is organized due to the urgent demand of the Institute for Transfusion Medicine at the Ilinden barracks, to provide the necessary supply of blood components.

During today’s blood donor action, which had a huge response, the necessary 53 blood units were collected, and as many times before, the humanity of the servicemen of the Army of the Republic of Macedonia was confirmed.

In collaboration with The Red Cross and Institute for Transfusion Medicine, ARM traditionally organizes and conducts regular and nonscheduled (if necessary) blood donor actions in all commands and units. On average, 20 to 30 actions are organized and more than 1200 servicemen of ARM that are regular blood donors take part every year.

Since the beginning of this year, ARM has conducted 15 regular blood donor actions when 700 blood units were collected. In addition to fulfilling their constitutional duties, protecting the sovereignty of our country and helping the citizens and institutions of the Republic of Macedonia when needed, donating blood is also a priority to the servicemen of ARM.

Official visit of the Deputy Chief of GS to the Armed Forces of the Republic of Turkiye
28.09.2022