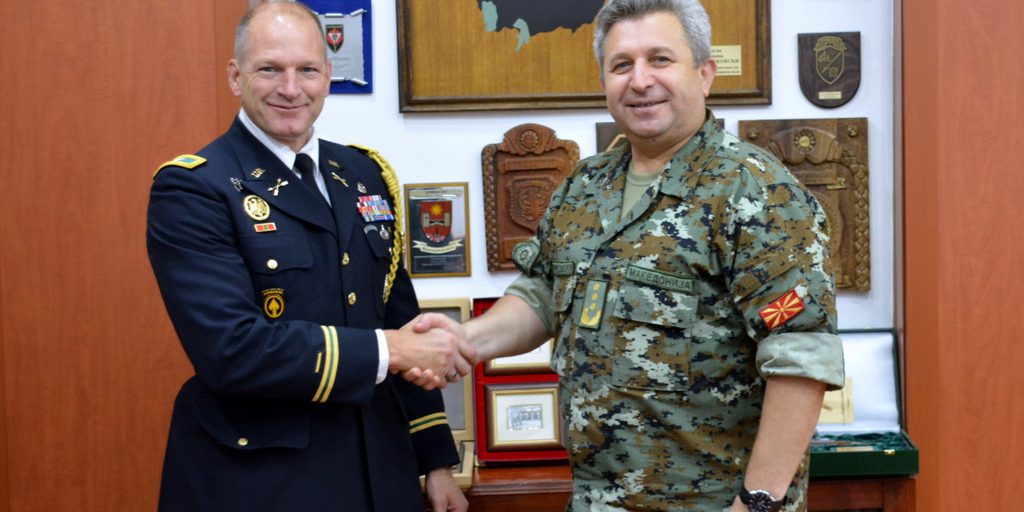 The Chief of GS of ARM Lieutenant General Metodija Velichkovski had a meeting with Colonel Timothy Buchan, the newly appointed defense attaché of the United States of America to the Republic of Macedonia.

At the meeting, also attended by air force military attaché Major Eric Rice and the chief of the defense cooperation office Captain Patrick Enrique, there was a discussion about the military collaboration of ARM and the Armed Forces of the United States of America as well as the future bilateral cooperation, especially execution of joint training and exercises.