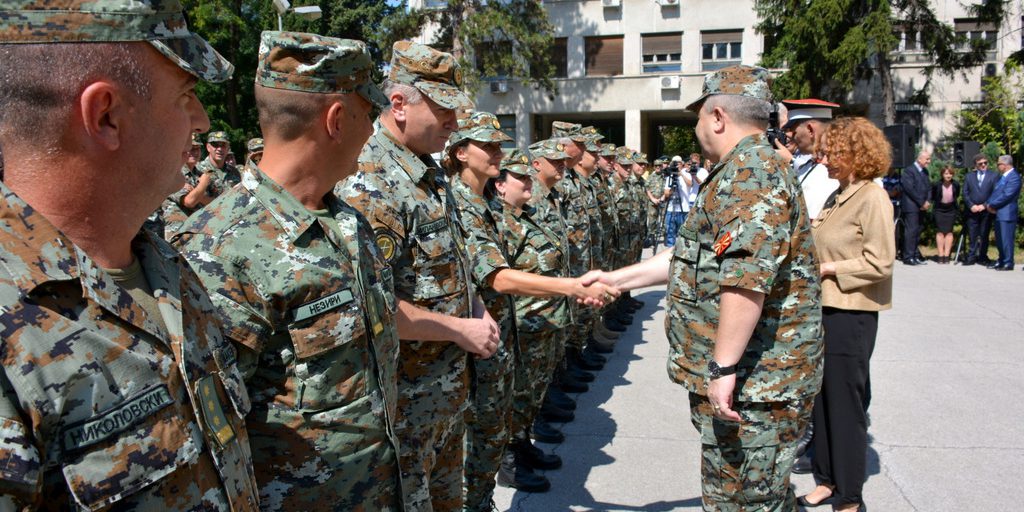 On the occasion of ARM Day in front of the Ministry of Defense and GS of ARM a formal gathering of MOD and GS of ARM employees has been organized.

During the ceremony delegations from: MoD led by the Minister of Defense, Radmila Sekerinska, GS of ARM led by the Chief of General Staff Lieutenant General Metodija Velichkovski, and the association of killed defenders laid wreaths of fresh flowers at the plateau in front of the MoD and GS memorial of the defenders killed in 2001.

In her address to the lined up soldiers, Minister of Defence Radmila Sekerinska stressed the significance of ARM for the Republic of Macedonia and the role ARM members play not only in carrying out constitutional tasks, but also in helping the citizens.

At today’s ceremony, decrees for promotion were read out, plaques, badges, certificates of appreciation and other stimulating measures were presented to ARM and MOD personnel, and cups were given to the winners of sport’s competitions organized on the occasion of ARM Day.